Regular readers of this column will not be surprised to learn that I am occasionally asked if English is my second language. I freely admit I am not a trained keyboard wizard, like everyone else whose work appears in this newspaper. When I was taking those engineering courses way back in college, the last thing on the professors’ minds was teaching us how to string together a bunch of words in a goodly manner. Proper grammar and word comprehendibility were not even on the radar screen. (But designing a functioning radar screen WAS on the radar screen.)

Even though I butcher the English language on a regular basis, it is not my second language; it is my ONLY language. This is too bad, especially since I stumbled across a delightful list of foreign words and phrases on the Mental Floss website. Wouldn’t it be great if we could incorporate some of these expressions into our everyday speech?

Tartle – in Scotland this word means that panicky hesitation just before you have to introduce someone whose name you can’t quite remember. Maybe we could merge this word with an American phrase that sort of means the same thing and has the same “art” sound to it: Brain Tartle.

Seigneur-terraces – this French expression describes coffee shop dwellers who sit at tables a long time but spend little money. Hmm, this phrase seems too tame. I bet French waiters use completely different words if the dawdling, cheapskate patrons are American, none of which can be printed in this or any Parisian newspaper.

Shemomedjamo – this is a Georgian word. (I’m pretty sure it’s the Georgia over near Russia, not the other Georgia just north of Florida, where they also do not speak English.) This word describes the feeling you get when you’re really full, but your meal is just so delicious, you can’t stop eating it. The word literally means, “I accidentally ate the whole thing.” Hmm, when I get that same feeling, I really can’t include the concept of accidentally, since it’s quite deliberate.

Ya’arburnee – an Arabic expression, where a person declares that he hopes he will die before a loved one dies, because he could not stand to live without that loved one. It literally means, “May you bury me.” I assume it’s understood that the burying part should not occur immediately. That would be awkward.

By far the best expressions on the list are German. Here are a few:

Packesel – A packesel is the person who’s stuck carrying everyone else’s bags on a trip. Literally, it means a burro.

Backpfeifengesicht – I have no clue how to pronounce this, but in German it means: A face badly in need of a fist. Oh, those wacky and fun-loving Germans!

Kummerspeck – This word alone makes me want to learn German. (But first maybe I should learn English?) It describes excess weight gained from emotional overeating, and the literal translation is: grief bacon.

Grief bacon! What an awesome idea!

We could combine phrases here, in a trilingual expression of joy: “Ya’arburnee Shemomedjamo Kummerspeck!” This means: May you bury me, but not until I’ve accidentally eaten all the grief bacon!


By the way, if it turns out these expressions are wrong and I’m actually swearing in many languages (incorrect information on the Internet? What a shock!), then I offer this heart-felt Norwegian expression: “Oops.” (Which, when translated to English, means, “Oops.”) 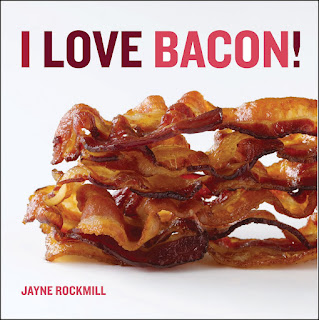