The Joy of Jesus

This weekend (Jan. 2nd and 3rd) is the feast of the Epiphany, where the church celebrates the incarnation and manifestation of God to the world in the person of Jesus Christ. Representing “the world” in Matthew’s Gospel reading are the Magi, the mysterious visitors from the east, often called the Wise Men or “The Three Kings” (not to be confused with “The Four Tops” or “The Five Satins”).

The Bible explains that the Magi followed a mysterious star, which moved ahead of them and finally stopped over the place where the child Jesus was. We read: “They were overjoyed at seeing the star, and on entering the house they saw the child with Mary his mother.”

The Three Wise Men were the very first Gentiles, that is, non-Jews, to be “overjoyed” at being in the presence of Jesus. I’m not sure the Magi understood exactly who Jesus was, or why they felt so much joy, but they could not deny there was something special about being in His presence.

Maybe later on the Magi learned that the reason God became incarnate, the reason He took on human flesh and walked the earth, was to reconcile sinful mankind back to Himself. The bitterness of sin and death which had infected humanity since Eden was finally being vanquished. The huge gulf separating holy God and sinful man was finally being bridged.

If there has ever been a good reason to be “overjoyed,” this is it.

But we must not make the mistake of thinking the joy of Jesus was only available during his brief 33 years on earth. He is God, don’t forget. Although His physical body ascended back into Heaven when His mission was completed, He still lives and reigns and is present in the hearts of all believers.

The joy of being unconditionally loved, the joy of being totally forgiven, is available to each one of us right now. The joy of knowing that our lives have meaning and that the Creator of the Universe has prepared a spectacular heavenly home for us is well within our reach. All we need to do is surrender our prideful, stubborn will and let Jesus’ spirit guide us from the inside out.

So, in an attempt to find fulfillment on their own, many folks pack their lives with lots of fleeting pleasures, but no lasting peace. They have lots of toys, but no tranquility; lots of money, but no meaning; lots of responsibility, but no rest; lots of success, but no satisfaction.

All the while, true peace, fulfillment, and joy stare them right in the face, in the person of Jesus, who pleads, “Come unto me, all you who are weary and burdened, and I will give you rest” (Matthew 11:28).


The joy of Jesus is the greatest Christmas gift the world has ever seen. It is the gift of a loving God who cares so much about mankind that He sent His only Son to save the world. Joy to the World, the Lord is come. Let’s pray that earth will receive her King. 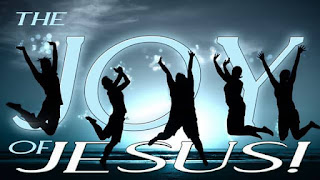