A Bad Night’s Sleep Is Terminal

The other day I got to check an item off my personal “Bucket List.” Here is item #7 on my list: “Spend the night sleeping on a thin dirty carpet on the floor of an airport terminal, with a lumpy backpack as a pillow.” Check! Cross that one off the list.

No, I’m kidding. I’ve got a few weird items on my person Bucket List, but sleeping on the floor of an airport terminal is not one of them. Even if that were on my list, technically I could not check it off because in order to claim that you slept on an airport terminal floor, you actually have to do some sleeping. I did a lot of laying on the floor, begging my exhausted brain to fall asleep, but every time I was about to doze off, one of two things occurred: either a strategic body part, such as a hip or shoulder or neck, suddenly screamed at me, “Hey, this hurts like hell, so roll over and let some other body part suffer for a while,” or the overnight maintenance crew fired up one of their industrial strength vacuum cleaners, the ones that sound a lot like the space shuttle being launched, except slightly louder. 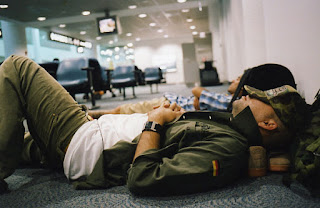 Thunderstorms in the Midwest caused my flight from Kansas City to be delayed, so when we finally arrived in Baltimore, my connecting flight to Hartford was already gone. It was after 11 p.m. and I asked the person at the counter when the next flight to Hartford was scheduled to leave. She replied, “Tomorrow morning at 6 a.m.” Wanting to get home as soon as possible, I said, “Well, put me on that flight.”

Then I started running the numbers in my head. “Let’s see, by the time I call around to find a hotel with a vacancy, and then get a cab, and then have to wake up in time to take a quick shower and get another cab back to the airport so I have enough time to go through security and be at the terminal for the boarding that begins at 5:30, I’ll probably get no more than an hour or two of sleep. So I might as well just spend the night in the terminal.” I then asked myself this rhetorical question, “How bad can it be?” Here’s the rhetorical answer: REALLY FREAKIN’ BAD!

There are few things more painful than being unable to sleep when you are completely exhausted. The hard floor and the lumpy backpack pillow were simply excruciating. My brain was tired to the point of hallucinating, but it would not doze off.

The last time I slept on a floor was over 30 years ago and I was drunk, so it was no problem. (Well, being a drunk proved to be a big problem. But sleeping through that particular night was a piece of cake.) 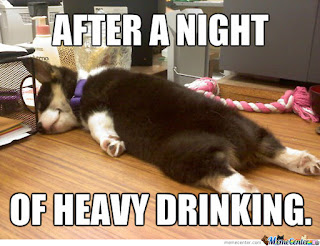 Now, however, in my late-50s and sober, getting some sleep was just not going to happen. So I spent about four hours prone on that hard floor, tossing and turning and wondering if one of the unicorns frolicking through the airport terminal would let me ride on him. (Hey, I wasn’t kidding about the hallucination thing.) 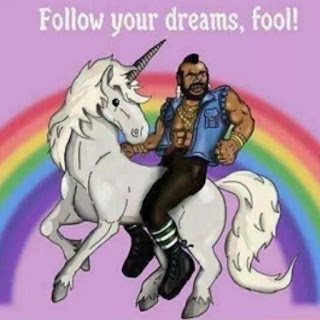 In hindsight, my big mistake was choosing to take the 6 a.m. flight. If the same situation ever occurs again, instead of the earliest flight the next morning, I’ll take a flight that leaves about two days later, which will give me time to find a hotel and take a few 12-hour naps.


Either that, or the next time my company wants me to travel to Kansas City, I’ll attend the meetings via online video-conference, from the comfort of my bed at home. 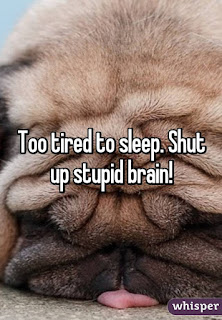