The Holy Trinity Is Beyond Comprehension

Imagine living in a two-dimensional world, where everything is flat. There is only height and width, but no depth. All of existence is contained on a flat plane, like a huge sheet of glass which extends in all directions as far as the eye can see. 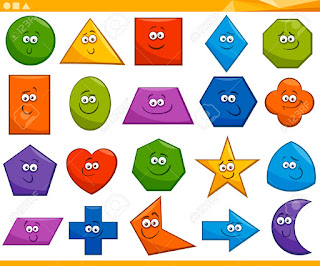 These flat people can move forward and back, left and right. But in their two-dimensional world, there is no such thing as up and down.

One day Timmy Triangle said to Cindy Circle, “Hey, guess what? Sammy Square just told me there is someone who is made up of six separate squares but is actually one person.”

“Impossible,” Cindy replied. “It’s either six different people or it’s one. It can’t be both at the same time.”

“What does he know? He’s a blockhead. And you, Mr. Triangle,” Cindy continued, “You’re so pointy-headed you actually believe that nonsense.”

“C’mon, do the math! How can six separate square people be consider one person at the same time? It makes no sense!”

Well, she’s right. It makes no sense...in a two-dimensional world. Six separate squares cannot at the same time be considered one thing.

But what if, unbeknownst to our flat people, there exists another dimension? What if the third dimension, depth, really exists and the two-dimensional flat people simply are unaware of that fact? They’ve been living their entire lives on a single plane, going forward and back, left and right, not realizing that they could also go up and down.

With three dimensions, you can take six separate squares and arrange them into one cube. For we human beings, living in our three-dimensional world, this is obvious. But to the flat people, living in their two-dimensional world, it makes no sense. They cannot comprehend how six can equal one. 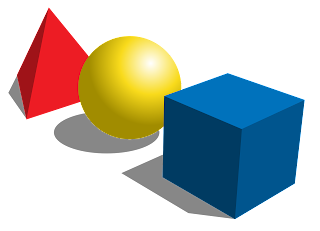 Maybe this is why it’s so hard for us to comprehend the concept of the Holy Trinity. The Christian faith teaches one God in three persons, Father, Son, and Holy Spirit.

Many people hear that description and say, “Oh, so Christianity is polytheistic. You guys believe in many different gods.”

“No,” we explain, “We believe in one God, who exists in three persons.”

And just like Cindy Circle, the reply is, “Impossible. It’s either three different gods or it’s one. It can’t be both at the same time. I knew you Christians were blockheads.”

Maybe we’re like the flat people, constrained by our three-dimensional time-space existence, and unaware of an additional dimension. We cannot comprehend how one God can exist in three persons.

But from the heavenly perspective, outside of time and unconstrained by physical dimensions, it may be plain and obvious—as obvious as us knowing that six squares can equal one cube. 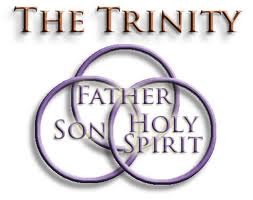 As Christians we celebrate the Feast of the Holy Trinity this week. We celebrate it, but in all honesty, we really don’t understand it. It is an article of faith. We believe that our eternal, all-powerful, all-knowing Creator left the heavenly dimension in the person of Jesus Christ and entered into our earthly three-dimensional world. He did it to guide us and teach us and most of all to save our souls.

You see, we each have a soul. It is eternal. In our finite, three-dimensional, time-space existence, a little bit of the next dimension has been given to us: our souls.

Today, many folks deny this. They say the soul is fiction. They claim all our thoughts and emotions, desires and dreams, are nothing more than complex electro-chemical reactions formed by zillions of years of evolution.

We should know better. We should realize that the core of our being—all those ideas and memories and longings known as our higher consciousness—is not purely physical and natural. There is something supernatural and spiritual about it. It is our eternal soul.

Unlike Cindy Circle, who had no way of knowing that another dimension existed, we have evidence that there is something beyond what we can see and touch. We have our souls, which point us heavenward. And we have Jesus Christ, who came from that realm to assure us that it truly does exist, and showed us how to get there. 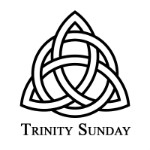 As it says in one of the shortest but most profound verses in the entire Bible: “God so loved the world that he gave his only Son, so that everyone who believes in him might not perish but might have eternal life.”


And as the great hymn says, “Praise the Holy Trinity, undivided unity. Holy God, Mighty God, God immortal be adored.”
Posted by Bill Dunn at 6:02 AM