During the last weekend of July, there was an interesting sports story about an unprecedented 3-3-5 triple play. In a game between the Giants and the Nationals, with bases loaded and no outs, the Nationals first baseman snagged a low liner (one out), then tagged the bag to doubled off the baserunner (two outs). Meanwhile, the Giants runner on third thought the line drive had been short-hopped, so he kept running toward home plate. The first baseman tossed the ball to the third baseman, who stepped on the base (three outs). 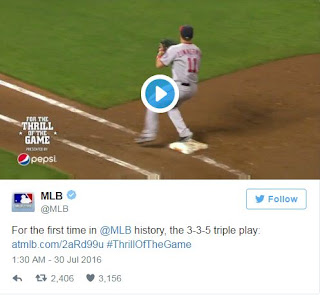 The next day the sports media announced it was the first ever 3-3-5 triple play in baseball history. (To make scorekeeping easier, each player in the field has a number: pitcher 1, catcher 2, first baseman 3, etc.)

There have been only 707 triple plays in Major League history, which is quite rare considering there are approximately 2400 games played each year, and they’ve been playing Major League Baseball since 1869.

It was a blustery afternoon in Lewisburg, PA, and the Bucknell team needed a win. (We always needed a win. We led the league in five-game losing streaks.) Anyway, it was my turn to bat, and the bases were loaded with no outs. I jumped all over an inside sinker and pulled a line shot down the first base line. As soon as I hit the ball, I instantly thought, “That’s a bases-clearing double into the right field corner!” (Well, to be honest, my first instantaneous thought was, “Holy cow, I actually hit it!” You see, in the previous few weeks I was more familiar with 0-for-4 box scores than with line drives into the right field corner.) 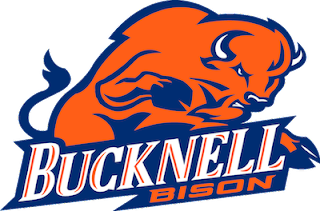 However, before I could take a step out of the batter’s box, the opposing first baseman leaped and snagged my line drive (one out). Our runner on first was already halfway to second, so the first baseman jogged over and stepped on the bag (two outs). Still in the batter’s box, I groaned, “Oh no, first time I hit one hard in a week, and it’s a double play!” But I was wrong; it was not going to be a mere double play. As I stood there, staring off into right field, where a line drive extra base hit should’ve been bouncing around in the corner, I heard footsteps to my left. I looked over and saw our runner from third, now only about 20 feet away from home plate. Apparently I was not the only one who had a vision of a line drive deep in the right field corner. He has not seen the first baseman catch the ball, and before I could yell, “Go back!” the third baseman was catching the cross-diamond throw and stepping on the bag (three outs). Ugh, 3-3-5 triple play! Scoring opportunity squelched. Losing streak intact.

The only other thing I remember about that game was our head coach, who actually yelled at me for hitting into a triple play. As if I purposely aimed my only solid hit in a week at the first baseman. If someone had told me at the time it would take another 37 years for a 3-3-5 triple play to occur in a Major League game, I would’ve been surprised. We made screwball plays like that seem fairly routine.


Baseball is a funny game, ain’t it? 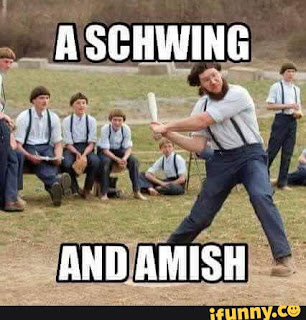