While perusing news reports on the Internet recently, I was startled by this headline: “Woman Stabs Husband During Doughnut Dispute.”

Being a connoisseur of fine doughnuts, I was intrigued. What could have caused this unfortunate incident? Maybe the husband ate too many doughnuts and the wife was getting concerned about his health, so in an attempt to get him to stop eating doughnuts and become more healthy, she stabbed him. I think I know a few people who would say merely being stabbed is a lot healthier than eating doughnuts every day. 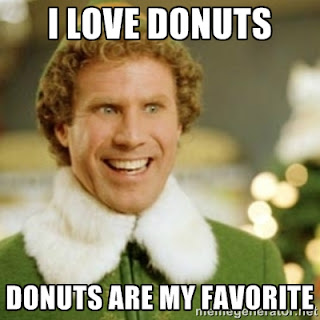 According to the news report, the husband, Timothy Nelson of New Albany, Indiana, “went to get doughnuts for his wife,” but the store “did not have the type she normally gets.”

When he returned home empty-handed, an argument ensued and then the wife, Michelle, shoved a grill fork into his chest. Ouch. 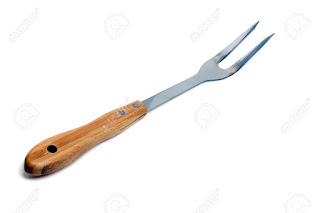 The news report continued: “After pulling the fork from his chest, Timothy fled the home, with Michelle following him and still yelling at him. When cops arrived on the scene, they found Timothy sitting against a tree applying pressure to the puncture wound on his right chest. His tee shirt and jeans were soaked with blood. He was then transported by ambulance to a local hospital.”

Gee, that seems like very extreme behavior, don’t you think? It’s hard to imagine someone doing something so rash and impulsive. I’m referring, of course, to coming home empty-handed. What was Timothy thinking? How could he do such a terrible thing to his darling bride? If you tell a doughnut lover that you’re going out to buy doughnuts, and then you come home empty-handed, well, I’m not saying anyone deserves to be stabbed in the chest with a grill fork. Maybe a salad fork.

The news report explained that Michelle was most upset about the fact “her spouse did not know what else she liked after being together for several years.” Poor Timothy. He obviously knows even less about doughnuts than he does about women. We doughnut aficionados may have our favorite doughnut, but it’s not like that’s the ONLY type we can enjoy. If you come home and say, “Bad news, Honey. I know your favorite is butter crunch, but they were all out, so here’s a dozen chocolate glazed,” do you think you’re about to get stabbed in the chest with a grill fork? No way. You’re probably about to get a big kiss (which will taste faintly of chocolate glaze). 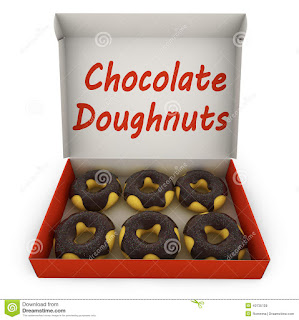 The final sentence of the news story said: “A New Albany Police Department report does not identify Nelson’s favorite doughnut or her preferred fallback option.” (“Preferred fallback option”? Sounds like a good name for a rock band.) You just know the reporter had to type that with a big smirk on his or her face.

Because I read this news story on the Internet, readers had the opportunity to post comments. Here are a few:

“It’s like I always say: don’t marry crazy people.” –Michael. (I’m not sure who he’s referring to, as Timothy’s behavior was not exactly sane either.)

“I’m pretty sure he can get that divorce now without any complications.” –Richard.

“My wife asked me, ‘Honey, what’s my favorite flower?’ I answered, ‘I’m not sure but I’ll guess Gold Medal All Purpose?’ She didn’t speak to me for four days! At least she didn’t stab me! By the way, I now know it’s daisies.” –Jim.


Well, I think the moral of the story is obvious: we should all take the time to learn our spouses’ favorite things: doughnuts, flowers, NASCAR drivers, etc. Also, always keep your grill forks locked away in a gun safe. 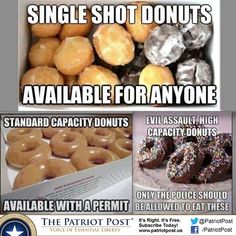