It started as a scratchy tickle in my throat. Uh oh, I thought, feels like I’m getting a cold. By tomorrow I’ll have a stuffy head and runny nose.

However, this particular cold, instead of making my head stuffy and my nose runny, decided to take residence right in my throat. The next day my head was fine and my nose was dry, but my vocal cords had gone on strike. I was in complete Harpo Marx mode, unable to make a sound. 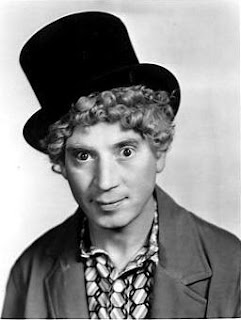 Talk about frustrating! Well, actually, I was unable to talk about frustrating. I was unable to talk about anything. If I had been able to utter any words, I would’ve said, “I knew I shouldn’t have signed that contract with Ursula the Sea Witch!” (C’mon, that was funny. Don’t you remember the movie “The Little Mermaid”? When Ariel traded her voice for the chance to be human? Well, if you had young daughters in the 1990s, like I did, you’d be familiar with that movie. And by “familiar” I mean: you viewed the video a minimum of 8,000 times, causing every song to be forever burned into your memory.) 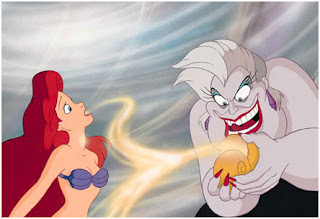 By Friday afternoon the ol’ vocal cords stopped working. I kept busy at the office, but every time the phone rang I could only stare at it and let it ring. A coworker walked by my office just as my phone started ringing. He paused and saw that I was making no effort to answer it. He said, “You gonna get that, Bill?”

I shook my head no. He said, “Oh, I see. You already know who it is. One of your annoying ‘high maintenance’ clients, right?”

I shrugged to indicate maybe, although I had no idea who was calling.

He continued, “Yeah, and that’s the last thing you want on a Friday afternoon, to have one of your pushy customers start a new project that’ll keep you busy all weekend. Good thinking, Dunn. Let it wait till Monday.”

I smiled and nodded. He walked away with a knowing smirk, now fully aware of my devious scheme — a scheme I had no idea I was even planning. 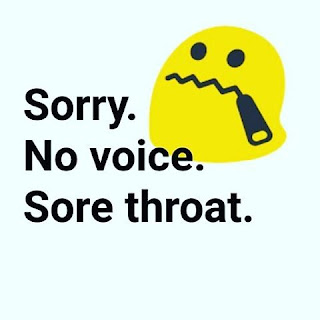 Later that evening we went out to dinner with my daughter’s new in-laws, who had just flown over from Italy. Everyone was laughing and having a great time at the restaurant. At least 50 clever comments popped into my head during the evening (well, at least I thought they were funny), but all I could do was sit there and smile. Talk about frustrating! Oh right, once again I could not talk about frustrating, nor any other subject.

The next day was the U.S. wedding reception, for friends and loved ones who couldn’t make it to Italy for the actual wedding ceremony in October. I was supposed to give a little speech and a toast. But since my voice was toast, my other daughter delivered my speech/toast for me. To make sure everyone knew she was playing the part of me, she read the speech while wearing a Red Sox hat. She did a great job, and got far more laughs that I would’ve.

Then the next night, I was schedule to be the Master of Ceremonies at an awards banquet for Carolyn’s Place Pregnancy Care Center in Waterbury. This time I forced my wife to do all the talking while I stood next to her making goofy faces. 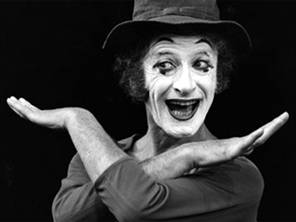 The next morning I woke up with a stuffy head and runny nose. I muttered, “Oh great, now the cold has moved to my head. Hey, wait a minute. I can talk again! Yippee!”