In this week’s second reading at Mass, St. Paul discussed sin. He explained that when we were baptized into Christ Jesus, we “were baptized into his death.” Since Christ died to conquer sin, when we join with him we can break free from the slavery of sin and, as Paul wrote, “live in newness of life.”

The whole point is summarized in the last line of the reading: “Consequently, you too must think of yourselves as dead to sin and living for God in Christ Jesus.” 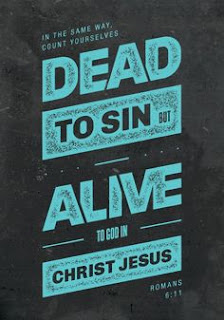 Whether or not Paul’s readers believed his explanation about Jesus conquering sin, there was no question about his underlying assumption: sin is real and should be avoided as much as possible.

Today, however, we don’t accept the assumption that sin is real. When it comes to sin, we redefine it, we ignore it, we embrace it, or we simply deny that it exists.

We look at the long list of sins described in the Bible and say, “Whoa, wait a minute. It’s impossible to avoid all those things (and besides, some of them are fun!)”. So, we redefine sin. We say things like mass murder and starting a world war are sinful, but that’s about it.

Another effective modern option is to ignore sin. Hey, we’re too busy for that, we say. We focus all our energies on materialism, climbing the corporate ladder, and keeping up with the Jones’, and leave all those ethical considerations for some future day.

Or we embrace sin. Bygone generations knew that the Seven Deadly Sins always led to misery. Pride, lust, greed, anger, gluttony, laziness, and envy were emotions to be avoided. Today, we glorify these seven attitudes. Just think of two things: our most famous celebrities and the typical TV commercial. Our culture is being made to think that if we don’t embrace these seven emotions, then there’s something wrong with us. And then we scratch our heads and wonder why so many people are so unhappy. Duh. 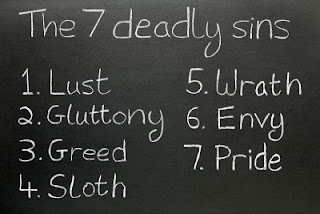 Finally, we deal with sin by denying that it exists. We say that sin is an archaic concept from those old, superstitious religious traditions. Insisting that sin is real has been the cause of guilt and shame and all that unhealthy psychological baggage. The only way to be fulfilled as a person, we insist, is to remove completely all guilt and shame (even though mass murderers and fellows who start world wars—not to mention the guy who thinks nothing of date-raping your daughter—have no guilt or shame).

So, for many modern folks, Paul’s explanation about Jesus conquering sin is meaningless because we don’t accept his basic assumption about the reality of sin. If we deny sin or embrace sin, why should we be interested in a possible way to avoid sin? It’s like going to a fraternity house on Saturday afternoon and saying, “Hey, fellas, I’ve got a surefire way to make sure you don’t get drunk tonight!” I don’t imagine many of the guys will be flocking around you wanting to hear more about it. 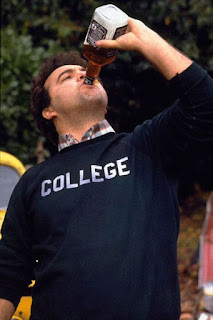 What Paul wrote is true: when we attach ourselves to Christ we can “live in newness of life.” This new life includes an understanding that sin is real, a sincere desire to avoid it, and the spiritual power to do so—most of the time. But does this new life mean that we’re suddenly perfect? Nah, we’re still stuck with our sinful human nature and we’re still going to stumble.


Avoiding sin is not easy, especially while living in a culture that glorifies sinful behavior. But it’s something that we must strive to do as best we can. The Spirit of Christ gives us the power to break free from the slavery of sin, and the wisdom to go to Confession whenever we fall short. But the first and most important step we must take is to acknowledge that sin is real, and it is nasty. 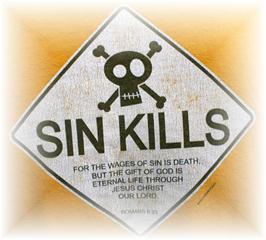