Of all the wise lessons about life I learned from my father, the most important thing he ever taught me is this: “When you score a touchdown, just hand the ball to the ref, as if you do it every day.” 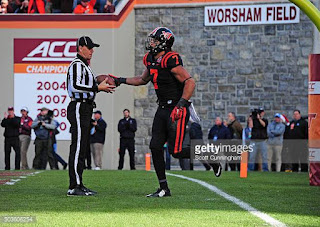 This was not simply advice to avoid being one of those embarrassing end zone celebration buffoons. Have you seen those guys? They score a touchdown — often in a meaningless pre-season game in August, which means their team now trails by only 21 points — and then they start jumping and strutting and pounding their chests as if they just won the Super Bowl. I’ve seen receivers do the same thing after catching a 3-yard pass at midfield. Hey knucklehead, it’s now second-and-seven. Get back in the huddle and stop wasting all your energy jumping around and pointing to yourself. 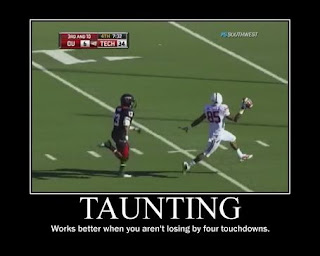 Or the scene I witnessed recently on TV: a guy hit a solo home run in the 8th inning, and while the ball sailed over the wall he stood at home plate admiring it, then made his way around the bases ever so slowly, all the while pointing to the crowd. When he finally touched the plate, he pointed both arms heavenward in thanksgiving for his remarkable achievement. To be honest, though, I don’t think God was terribly impressed that a guy playing for a team 14-1/2 games out of first place, hit one out in a mid-July game, which meant his team now was losing by only six runs not seven. I don’t know if he got plunked the next day, but if my father or I were pitching, he would’ve been drilled in the ribs with a tailing fastball. 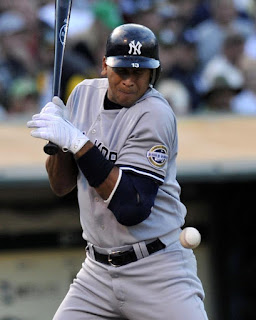 So why is my dad’s wise advice important? At my age, it’s not like I’ve scored any touchdowns lately. In fact, the last one was 40 years ago this fall, in a jayvee game at a small college. And no, my amazing catch did not make Sports Center’s top ten highlights that evening. (ESPN didn’t exist back then, but even if it did, well, let’s put it this way: there were more players on the field than there were fans in the bleachers that day, and none of them thought to preserve the historic moment by bringing a Super-8 movie camera.) However, in case you were wondering, I did just hand the ball to the ref as if I did that every day, as long as you define “every day” as meaning: one single time during an entire four-year period.

My father’s advice is important because it’s not about sports; it’s about character. The “just hand the ball to the ref” way of thinking emphasizes humility, teamwork, and discipline. These character traits are not exactly in abundance nowadays. This way of thinking is the exact opposite of the “Selfie mentality.” 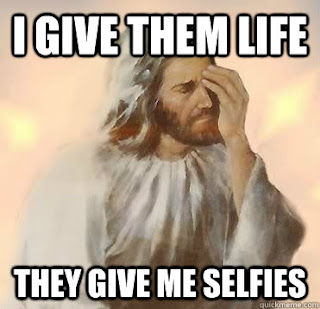 Oh man, I’m glad my father is too old to know or care about digital technology. If he had any idea what young people are up to on social media these days with the deluge of “look at me!” selfies, he’d be drilling guys in the ribs with tailing fastballs all day long.

Sharing these thoughts right now makes it quite obvious that I am a member of the rapidly shrinking “fuddy-duddy generation.” We are fading into the sunset, and we are routinely mocked by the know-it-all, look-at-me whippersnapper generation. (Oh my, did I just use the phrases “fuddy-duddy” and “whippersnapper” in the same paragraph? Yeow, I am a dinosaur.) 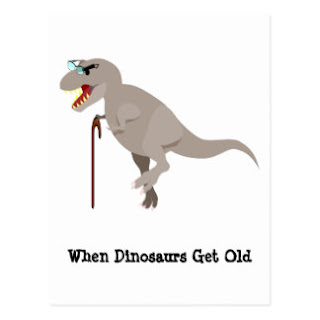 Well, all I know is: humble confidence is better than prideful boasting. And just handing the ball to the ref is cooler than you might think.
Posted by Bill Dunn at 6:06 AM