In Politics, Opponents Must Be Destroyed

You’ve probably noticed in recent years that the political world is rather brutal. Mud-slinging and character assassination no longer happen just during election campaigns, but now occur every hour of every day.

Sometimes I envy the Amish folks, who aren’t inundated with media reports all day long. I believe the Amish just found out that Franklin Roosevelt won his third term as president. 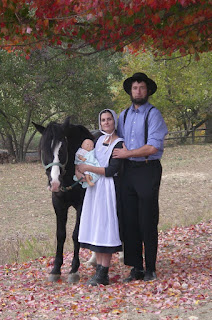 Since politics is all-pervasive these days, I guess it’s fitting this week’s gospel reading is Jesus’ famous teaching about politics. In a confrontation with the Pharisees, Jesus declared, “Repay to Caesar what belongs to Caesar, and to God what belongs to God.” 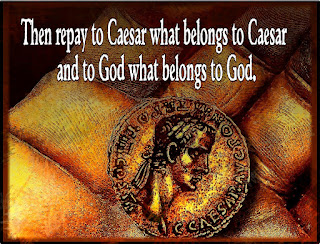 This “give to Caesar” episode was prompted by the Pharisees, those religious leaders in Jerusalem who absolutely hated Jesus. The reason they hated Him was simple: He threatened their political power.

As we’ve seen recently, when anyone threatens the political power of someone else, that person is immediately hated and targeted for destruction. (At first, I was going to put the word “destruction” in quotes, to indicate that I meant it figuratively. But the way things are going nowadays, with a Bernie Bro sniper shooting at congressmen and a neo-Nazi moron plowing his car into a crowd, I guess the literal meaning of the word applies. Scary.) 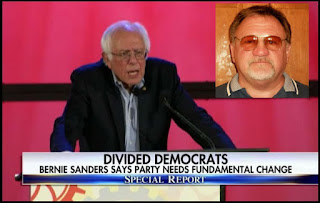 The Pharisees demonstrated a tactic that is very common nowadays. They pretended to care a great deal about the truth, saying to Jesus, “Teacher, we know that you are a truthful man and that you teach the way of God in accordance with the truth.” 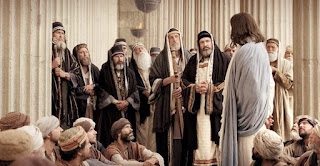 When we observe the nastiness, dishonesty, and self-serving motivations in today’s political world, and then see that the motivations of the Pharisees 2,000 years ago were the same, it becomes clear that the more things change the more they stay the same.

The constant theme in both situations is the sinfulness of mankind. Scripture says, “All have sinned and fall short of the glory of God.” People are sinful, and our fallen sinful nature makes it easy for us to embrace selfishness. The three things people so often crave are prestige, power, and pleasure. This is the inevitable result of the worst of all sins, Pride. 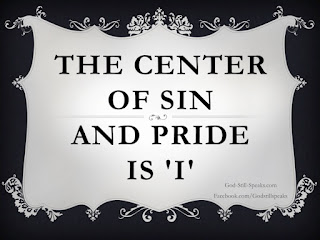 The Pharisees had plenty of prestige, power, and pleasure—things they enjoyed immensely and felt were being threatened by Jesus. So, in their minds, regardless of who Jesus was, there was only one course of action: destroy Him.

Politicians today (and to be fair, throughout history, too) also enjoy plenty of prestige, power, and pleasure. They too feel threatened by their opponents. In their minds, there is only one course of action: destroy them. 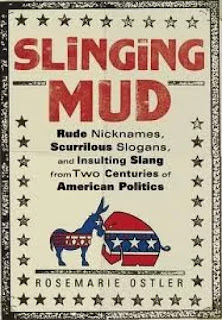 
Sin is sin, whether it’s on display every night on the political talks shows, or whether it’s known only to God. If the Pharisees of old and the politicians of today need to get humble and repent, then surely we do, too.
Posted by Bill Dunn at 6:52 AM