He Is Risen; He is Risen Indeed!

I am amazed by people who truly do NOT believe Jesus rose from the dead, and yet are still convinced Christianity is a wonderful religion. These folks believe that Jesus taught some terrific things about social and moral issues, and if we all would just follow those teachings the world would be a much better place.

Now, there’s no doubt in my mind that if we all followed Jesus’ teachings the world indeed would be a much better place. But Jesus’ view on charity, compassion, and society’s obligation to the poor was not His main message—nor was it a new message, as many philosophies before and after the time of Jesus had “love your neighbor” as the basis of social morality.

Jesus’ main message was Himself. Specifically, that He alone could forgive our sins, He alone could pay the price for our transgressions by dying on the cross, and He alone—pay close attention here—could conquer death once and for all by rising from the grave.

St. Paul makes it abundantly clear that without the Resurrection, Christianity is nothing special. In his first letter to the Corinthians, Paul wrote: “If there is no resurrection of the dead, then neither has Christ been raised. And if Christ has not been raised, then empty, too, is our preaching; empty, too, your faith….For if the dead are not raised, Christ has not been raised, and your faith is vain; you are still in your sins. Then those who have fallen asleep in Christ have perished. If only for this life have we hoped in Christ, we are the most pitiable people of all” (1 Cor 15:13-14, 16-19). 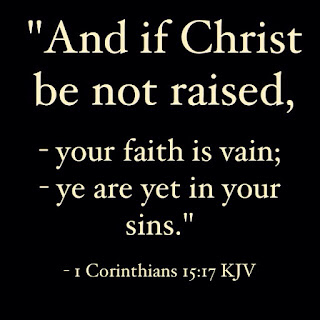 That really says it all: if Jesus did not in fact rise from the grave, our Christian faith is pitiful, pathetic, useless.

So, as I said, it really amazes me that there are so many people who say, “Well c’mon, only those extreme Fundamentalists and old-fashioned Catholics still believe a resurrection can really happen. But it’s OK that Jesus did not rise, as long as we focus on his wonderful teachings about love and forgiveness, and hold hands and sing ‘Kumbaya,’ then the whole world will be happy.” 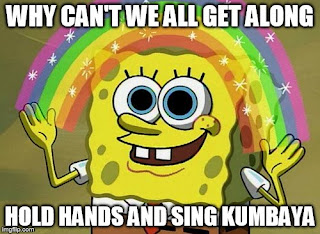 Sorry, it doesn’t work that way. If Jesus’ body remained dead and rotting in the tomb, then in the grand scheme of things, our faith is worthless. Oh sure, this brand of Christianity might make people feel good for a while, but it is powerless over mankind’s biggest problem: death.

I suspect these folks have fallen for one of the biggest scams in modern history: the anti-supernatural bias. This is the belief that the universe in comprised ONLY of natural phenomenon. Things such as angels and saints, soul and spirit, Heaven and Hell, and even God Himself, really do not exist, because they are supernatural. 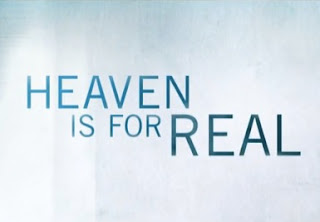 So, on this celebration of the most momentous event in world history, the Resurrection, let’s focus on the risen Lord and be absolutely certain that He really did rise from that tomb. As Paul said, if Jesus did not rise, our faith is in vain. But He DID rise, and that makes all the difference. That means we, too, can live forever in Heaven after our time here on earth is over.