The Catholic Church sincerely believes that Jesus Christ founded the Catholic Church and gave her the full deposit of faith. But many people misinterpret this to mean the Church teaches that all non-Catholic denominations are NOT teaching the truth and therefore their members are going to Hell. This often leads to harsh words and occasional fisticuffs (and in centuries past, actual wars). 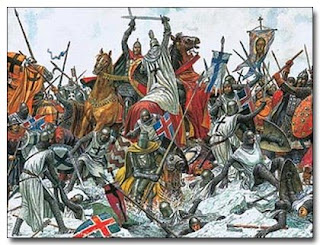 However, that idea could not be further from the truth. It is, in fact, possible to believe the following two statements at the same time: 1) The Catholic Church has been given the “fullness of the faith” by God, and 2) Other non-Catholic groups believe more than enough of the faith for salvation.

So, to put it in personal terms, I can wholeheartedly wish that every person on earth becomes Catholic, and without contradiction, I also can say if someone enters into a relationship with Christ at, say, a Baptist or Methodist church, I will cry tears of joy for them. 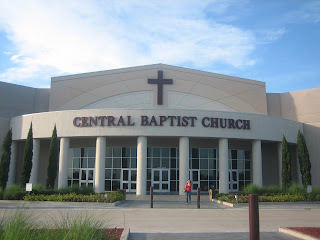 You see, the key to Heaven is not found in a particular church institution. The key to Heaven is Jesus. The Bible mentions this fact only about a zillion times. Here are a few: “For God so loved the world that he gave his only Son, so that everyone who believes in Him might not perish but might have eternal life” (John 3:16). “Jesus said to them, ‘This is the work of God, that you believe in the one he sent” (John 6:29). “The jailer said to Paul and Barnabas, ‘Sirs, what must I do to be saved?’ And they said, ‘Believe in the Lord Jesus and you and your household will be saved” (Acts 16:30-31).

Now, even though the key to Heaven is Jesus, the institutional Church is not unimportant. It is the vehicle God chose to spread the Gospel message from generation to generation. After spending a fair amount of time studying the history of Christianity, it became clear to me only one institution was founded by Christ Himself and commissioned to spread the Good News: the Catholic Church. The Church was given the full deposit of faith by God, and has been preaching that message uninterrupted for 2,000 years.

This, of course, does not mean the Catholic Church herself is perfect. Far from it. A study of the history of Christianity reveals that many Church officials over the centuries behaved so terribly, it almost seems they had a secret, sinister plot to destroy the Church. But it wasn’t nearly that dramatic—it was just plain ol’ sin at work.

In God’s wisdom, He entrusted His perfect message to an imperfect institution. Maybe He thought if the Church was perfect, people might be tempted to worship the Church rather than God. Well, as events have shown in recent decades, no risk of that happening anytime soon. 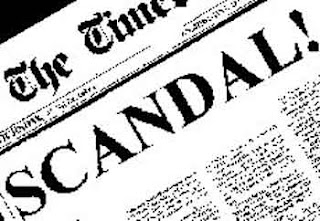 Again, the key to Heaven is Christ, and Christ can be found most fully in the Eucharist at Mass. But as an old saying I just made up goes, “A little bit of Jesus is a whole lotta Jesus.” He most definitely is present in other Christian denominations. I suspect He also is present, in a hidden sort of way, in certain aspects of other non-Christian religions.

If your non-Catholic friends or co-workers start giving you the business by saying things like, “So, your Catholic Church says I’m going to Hell, huh?” very calmly reply, “Oh no. As long as you put your faith in Jesus, you’re in good shape. If you worship Jesus at the local Baptist or Methodist church, I will shout, ‘Hooray for you!’” 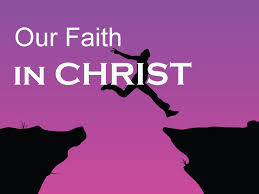 Then after a brief pause, feel free to add, “But really now, wouldn’t you like to be a member of the one Church founded by Jesus, the Church that’s been given the fullness of the faith?”

Then get ready to duck.

(Note: this essay was written before those sensational Holy Week headlines: “Pope declares there is no Hell – Vatican scrambles to clarify.” I’ll comment on that story in the near future, as soon as I pick up my jaw from the floor.) 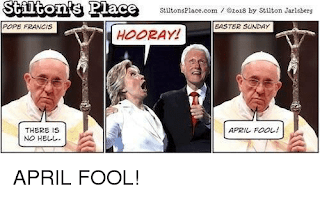