Throughout my life, I’ve always tried to follow the wisdom of my favorite Old Testament prophet, Clint Eastwood, who said, “A man’s got to know his limitations.” 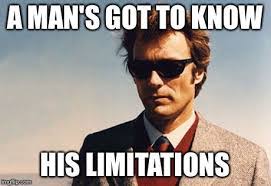 For example, a few years ago, it was suggested that instead of being just a member of the church choir, I also should be one of the cantors, that is, one of the folks who sings solo parts during Mass. I thought about it for maybe one-tenth of one millisecond and then replied, “No way! Not unless Jesus gives me a brand new voice. And even then, the answer is still no!!”

Sitting in the back row occasionally grunting out some low harmonies is one thing, but doing a solo is just not in my skill set. I know my limitations. 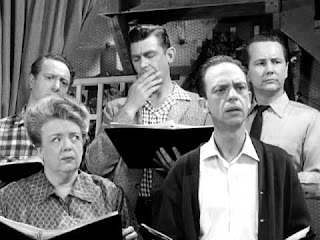 This is similar to another wise saying offered by a different Old Testament prophet, my mom, who said, “Don’t make a fool of yourself in public.” This was true back in the 1970s, and it’s still true today. (Although she considers this weekly column proof that I ignored her advice, which, I guess, most of the time is the case.)

Anyway, I mention this idea about knowing one’s limitations because of a current news story. Amid the swirling craziness in Washington DC, President Trump is pondering whether he should be interviewed by Special Counsel Robert Mueller, who is investigating possible Russian collusion during the 2016 presidential campaign.

Political columnist Rich Lowry points out that even if Mueller is not conducting a “witch hunt,” as Trump often claims, the Special Counsel would be delighted to pounce on the slightest misstatement offered by the president. Lowry explains, “[Trump] shouldn’t voluntarily subject himself to a process suited to create an impeachable offense where there wasn’t one before.”

From what I’ve read, most people close to the president are advising him not to meet with Mueller. However, given that Mr. Trump is unfamiliar with the wisdom offered by Clint Eastwood, and he truly believes he has no limitations — not to mention that he’s totally convinced he is able to talk his way out of any situation — I think it’s likely the president will be sitting down with Mueller in the near future.

And if that happens, because our Dear Leader has a habit of speaking first and thinking later, Mueller with be able to compile a few dozen conflicting and damaging statements offered by the president. As soon as the Democrats retake Congress after the midterm elections in November, the impeachment proceedings will commence posthaste, and right around this time next year, I predict, President Pence will be taking the oath of office. Then, of course, a new Special Counsel can begin digging into everything ever said and done by Mr. Pence, including a “does not play well with others” comment on his Kindergarten report card in 1964, and his impeachment proceedings will commence even posthaster. 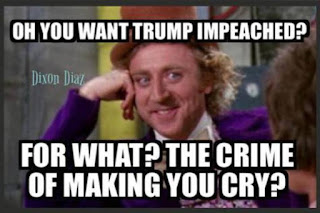 And why will all this happen? Because a certain flamboyant real estate developer from New York never watched the “Dirty Harry” movies and learned this important lesson: “A man’s got to know his limitations.”

(Oh yeah, by the way, Clint Eastwood did not say that in the Old Testament; it was actually in a movie. But my mom definitely is a prophet, but more of a New Testament type.)

So, when 2019 becomes known as the “Year of Impeachments,” I won’t bother watching the proceedings on TV. I already know how it will turn out. Instead, I’ll be watching a DVD of the movie “Magnum Force.” Too bad the people in Washington never watched it. 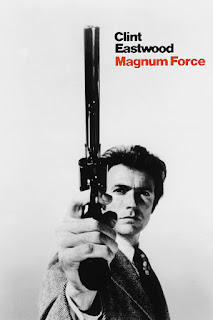 On the other hand, the way things are going right now, impeachment followed by public execution might happen by next Monday.