The Most Important Question in the World

A few months ago, Pope Francis denounced “fake news,” which is the widespread distortion of the facts, often used to manipulate public opinion and promote a particular agenda.

Soon after, I saw this comment online: “The pope condemned fake news, then told everyone there’s a magic man living in the sky.”

Sometimes snooty atheists can be so tedious. Yeah, we get it. You don’t believe in God. And in your view, folks who do believe in God are obsessed with a non-existent “magic man living in the sky.” 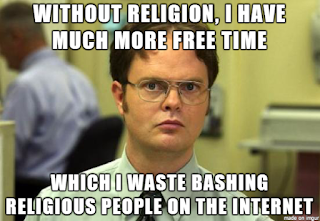 This snarky comment reminded me of THE most important question in the whole world, the question that is at the heart of our cultural polarization nowadays. Oh, you thought the large gulf in our society was caused by a conflict between red state vs. blue state, Democrat vs. Republican, rich vs. poor, black vs. white, old vs. young, Planned Parenthood vs. the NRA? Not at all. The root cause is the answer people give to this, THE most important question in the whole world: Did God create mankind or did mankind create God?

Every aspect of our lives—our purpose, our plans, our dreams, our goals, our values—will be based on how we answer that question. 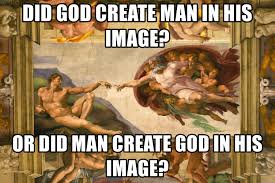 If God designed and created mankind, then He, as the supernatural divine Creator, has the final authority for defining right and wrong. He is perfectly within His rights to tell us how we should live our lives, since we are accountable to Him.

On the other hand, if mankind created God, if our fearful and ignorant ancestors invented a concept called God (in other words, they mistakenly declared that there is a “magic man living in the sky”), then we, as the highest evolved beings on the planet, have the final authority for defining right and wrong. We are perfectly within our rights to decide for ourselves how we should live our lives, since we are accountable to no one. 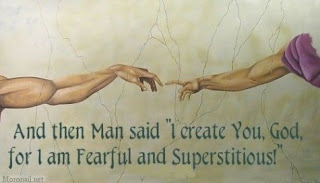 Those who believe God created mankind (my view today), understand that we were created for a sublime purpose, that we are called to live our lives according to God’s plan, and that this natural life on earth is only a dress rehearsal for eternal life in Heaven.

Those who believe our existence is a cosmic accident, that we are the product of matter and energy shaped by blind random chance (my view three decades ago), understand that we were not created for any particular purpose, that we do not have any transcendent calling, and that this life on earth is all there is. Once we die, we cease to exist. 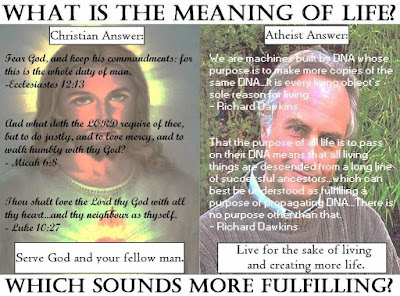 It is not a coincidence that the people promoting ideas such as moral relativism, hedonism, and nihilism so often hold a secular, atheistic worldview. After all, if our existence is nothing more than an accident, it is difficult to argue that there is much ultimate meaning to life, above and beyond our nation’s theme song during the past 50 years: “If it feels good, do it!” 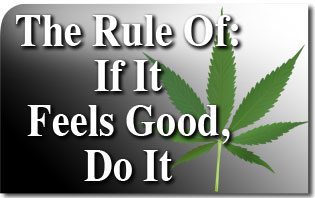 Can I prove scientifically that God created mankind? No, not really, not any more than a smart-aleck atheist can prove scientifically that random swirling molecules accidentally formed themselves into a complex living organism capable of reproducing. But the thing is, 100 years from now we all will know with certainty which view is correct. I suspect it might be a bit dicey at that point, not to mention surprising, for the snarky atheists among us.

On the other hand, if I’m wrong and atheism is true, 100 years from now today’s snarky atheists will ceased to have existed (as will I, of course), and they won’t be able to tell me I was wrong. 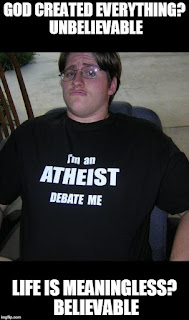 It’s a very simple question, but with profound implications. I ask you, please, sincerely ponder this question and let the answer shape your life: Did God create mankind, or did mankind create God?