Has Friday Become Too Casual?

A lot of people often mention that their office observes “Casual Friday,” which means they can wear more relaxed and comfortable clothing compared to the rest of the week. These people describe the concept of Casual Friday as if it’s the greatest thing ever. Apparently, wearing khaki pants, a golf shirt, and loafers is really “dressing down” and the epitome of chilling out at work. (As fans of Warner Brothers cartoons know, that word should be pronounced “EPP-eh-toam.”)

However, if you really want to get into the spirit of Casual Friday, you should show up for work wearing gym shorts, flip flops, and an old gray tee shirt with so many pizza stains on the front you can barely see Homer Simpson’s face and read the words “I’M ONLY HERE FOR THE BEER.”

Look at it this way: if a Speedo and a beach towel draped over your shoulders is fine for Misquamicut, then it should be fine for the Friday morning sales meeting.

It seems to me that more and more workplaces have raced right past the concept of Casual Friday and are now doing “Casual Everyday.” The idea of an office dress code is becoming pretty much obsolete. 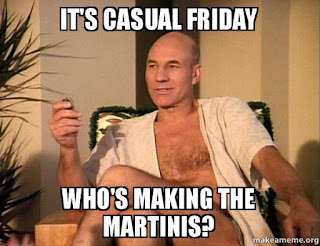 This is not to say that all work environments have done away with dress codes. My observation over many years is that the fancier people dress for work, the less we can trust them. For example, which occupations still require people to dress in expensive suits and ties? Answer: lawyers, bankers, corporate CEOs, politicians, and the heads of organized crime families. (Yes, you’re right, those last two occupations are kind of the same thing.)

Most doctors that I visit (and I’m visiting WAY too many nowadays) still wear ties, but the good ones wear them very casually and crooked, as if to send the message, “Yeah, I’m supposed to wear this because I am a professional, but I think it’s kind of silly.” Whenever I see a doctor nattily attired (not to be confused with Natalie Wood), wearing a crisp starched shirt, expensive tie, and suit jacket, I think, “Uh oh, this guy is more of a businessman than a medical man. I don’t want him touching me!” 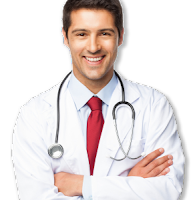 At many companies, especially small businesses, the only dress code these days is this: Don’t show up for work naked. Again.

I’m not surprised many workplaces have done away with dress codes. Have you seen the way people in today’s culture dress when they’re out in public?

Look, I admit it, I have no fashion sense whatsoever. I think a striped shirt and plaid pants are perfect together — as long as they’re comfortable. But even I would never think it’s acceptable to wear pajama pants and fuzzy slippers out in public, for example, at Walmart, or at the Department of Motor Vehicles, or at a job interview. 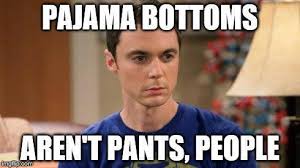 Pajama pants are actually a whole lot better than ultra-tight yoga pants. When I’m at Walmart, I’m honestly not staring. It’s just that I’m getting ready to duck if the Spandex breaking point is reached and an explosion occurs. It would be nice if Walmart posted a sign by the entrance: “No pajamas or yoga pants allowed.” But if they did that, sales would drop by at least half.

Another uncomfortable sight are the folks who decide to do yard work with their shirts off. Did you ever notice that a really old guy without a shirt kind of looks like a melted candle?

So, if those khaki pants and golf shirts make you feel “casual” at the office on Fridays, that’s great. But just know that in our current culture you’ve got a long way to go to become the EPP-eh-toam of casualosity.