Baseball, We Need to Talk

Major League Baseball knocked on the front door. “Who is it?” came a voice from inside. “It’s me, M.L.”, was the reply.

“Let yourself in. It’s unlocked.”

Major League Baseball opened the door and stepped into the living room. He was looking forward to spending the afternoon with his pal, Bob, watching a game on TV. He saw Bob across the room and started to lift his arm to wave, but then noticed there were other people in the room. He stopped in his tracks and looked around. His sister Bernice sat in a chair to his left and offered an awkward smile. Standing next to her was her husband Ben. On a couch across the room sat his mom and his Uncle Mike. They both forced smiles. To his right, his cousin Rita reached over, touched his shoulder, and said, “Hi, M.L.” Then she moved behind him and blocked the door.

“Hey, what’s going on?” Major League Baseball exclaimed. “What are you guys doing here? I was gonna watch the game with Bob.”

His mom slowly stood up, helped by Uncle Mike. She cleared her throat and said, “Son, we love you very much. But we need to talk.”

“Wait a minute!” Major League Baseball shouted. “Is this an intervention?! There’s nothing wrong with me!” He turned and headed for the door. 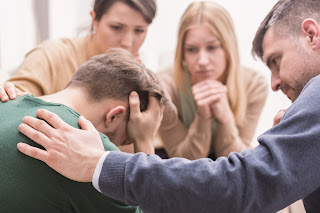 Cousin Rita flared out her elbows and growled, “No. You’re not leaving. Sit down and listen to us.”

“Oh, this is insane!” Major League Baseball wailed, looking up toward the ceiling.

“Son, please sit down,” his mom said quietly. “We’ve all written a short letter to you. Consider what we have to say, and then you can do whatever you want.”

After a long pause, he finally trudged across the room and sat in the only empty chair.

“I’ll go first,” his mom said, “because as your mother, I love you more than anyone ever could.” She lifted up a piece of paper, cleared her throat again, and read, “You probably don’t realize it, son, but you have become unwatchable. This obsession with home runs is ruining the game. Most of the time batters either strike out, walk, or hit a homer. And everybody seems to have a 3 – 2 count with a half-dozen foul balls. The games take forever!”

Uncle Mike unfolded his piece of paper and said, “The ball is obviously juiced. The strike zone is too small. The pitchers wait 50 seconds between pitches. And no one cares about playing defense anymore — because the ball’s never hit to them anyway!”

“For crying out loud!” Bernice yelled. “I can’t wait!” She looked her brother in the eye and said, “Do you know how embarrassing those two games in London were?! I’m a Yankees fan, and we won both games, but I couldn’t stand it! Almost five hours for a 9-inning game?! Are you kidding me?! Who wants to watch a never-ending T-ball game?!!”

And so, the intervention continued for another 20 minutes. With every accusation, Major League Baseball offered a weak rebuttal. Then Cousin Rita started reciting hard facts about falling attendance and sinking TV ratings. 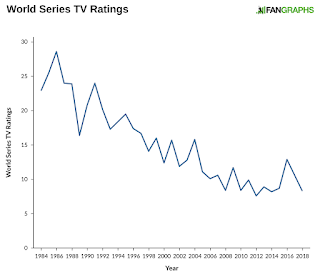 Major League Baseball jumped to his feet and exclaimed, “I’ve had enough of this! There is nothing wrong with me. Everyone loves me. People enjoy lots of scoring and home runs! I’m outta here!” He strode across the room and walked out the front door.

Uncle Mike said softly, “He’s in denial. Let him think about what we said.”