Jesus Commands ALL Followers To Preach The Good News

For the gospel reading at Mass on the weekend of September 5th and 6th, we can describe what happened with this three-part summary: 1) Jesus performed a spectacular miracle. 2) He then instructed the witnesses not to tell anyone. 3) They ignored His command and told everyone about it.

In a different part of the Scriptures, at the end of Matthew’s gospel, Jesus gave us what is known as The Great Commission, telling all of His followers: “Go, therefore, and make disciples of all nations, baptizing them in the name of the Father, and of the Son, and of the Holy Spirit, teaching them to observe all that I have commanded you.”

We also can offer a three-part summary of this passage: 1) Jesus performed a spectacular miracle, the forgiveness of our sins and the offer of eternal life. (How much more spectacular can you get?) 2) He then instructed His followers to tell EVERYONE about it. 3) We ignore His command and don’t say a word to anyone.

This reminds me of an article I read a few years ago about an elderly Jesuit missionary priest, who spent decades living with native people in the Amazon rain forest. On his retirement and return to the U.S., this missionary priest was proud to proclaim that he had not performed a single baptism in the four decades he lived with those native people. He explained that he chose not to “impose” Christian beliefs on the people, because, after all, they already had a long tradition of spiritual beliefs and practices, and who’s to say our views are any better than their views, etc.

When I read the article, my first thought was, “Wow. Apparently multi-cultural moral relativism is not unique to North America and Western Europe. It made its way to the remote jungle, too.”

My second thought was, “How sad. This guy devoted his adult life to preaching the Gospel of Jesus Christ to people who had never heard the Good News, and during all those decades he simply did not do it.”

If I let my imagination run a bit wild, I can envision that elderly missionary priest, in the moment after his death, standing before the throne of God in Heaven. Jesus looks at the priest, shakes His head sadly, and says, “Dude, really? Four decades in the jungle and not a single baptism? Really?!” (Hey, it’s my imagination. In my imagination Jesus frequently says, “Dude” and “Really.”)

Maybe a missionary priest who performs zero baptisms in 40 years is a shocking example of how NOT to spread the Gospel, but are we much different? After all, the mission fields right here in Suburbia USA are ripe with folks who have never heard the Good News. In our increasingly secularized culture, we are surrounded on a daily basis by people who do not know that Jesus Christ freely offers Mankind the two most valuable things in the universe: true forgiveness of sins, and eternal life in Heaven.

In the gospel reading this week, when Jesus told the crowd NOT to spread the news of what He had done, that was a unique situation. In our day and age we are commanded to do the exact opposite; we are called to tell the world about Jesus.


I don’t think Jesus reserves His exasperated, “Dude, really?” expression just for missionary priests. He’s just as likely to say that to us on Judgment Day, too. Dude, let’s make sure that does not happen. Really! 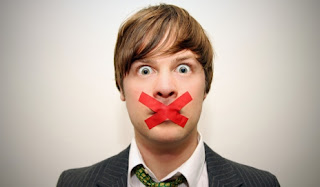