If There Is No Resurrection, Then Who Cares?

In this week’s gospel reading, a group of Sadducees attempted to trap Jesus with a hypothetical question. If a person had more than one spouse on earth, who would be the one true spouse in Heaven?

After offering a fairly ridiculous scenario, the Sadducees said, “Now at the resurrection whose wife will that woman be? For all seven had been married to her.”

We know their inquiry was a trap rather than sincere because the Scripture reading begins: “Some Sadducees, those who deny that there is a resurrection, came forward and put this question to Jesus…” 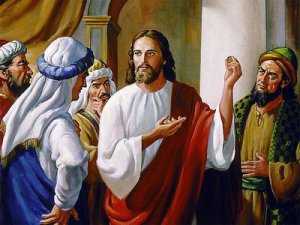 If those guys did not believe in the resurrection of the dead, then why did they bother asking the question? It’s a moot point. If there is no life after death, then—let me see if I can phrase this properly—WHO CARES?!

This passage reminds us that skepticism about life-after-death is not exclusively a modern phenomenon. People who sneer at the idea of a resurrection and deny the existence of Heaven and Hell have been around for thousands of years. It just SEEMS like it’s a modern phenomenon because a small minority of secular elites have commandeered so much power and influence in our culture these days.

People who deny a supernatural dimension to life and who believe that religious faith is a silly ancient superstition now dominate many facets of society: the news media, education, entertainment, government bureaucracies, and the legal system, just to name a few.

Once again, it’s a basic clash of worldviews. Atheistic vs. Theistic. Secular vs. Spiritual. Did God create mankind or did mankind create God? (That is, did mankind, during a primitive era marked by fear and ignorance, invent the concept we call “God”?). 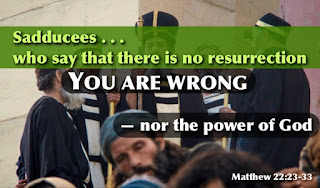 The secular view is present even in many religious organizations. A Christian theologian, Professor Roy W. Hoover, states this view with stark clarity: “The idea of resurrection is embedded in an ancient worldview that is outdated in a scientific age. The belief in a general resurrection of the dead simply cannot stand as an article of faith.”

However, if belief in resurrection is removed as an article of faith, the heart of Christianity is removed. Without a hope for resurrection, the primary purpose of the faith is gone. There is nothing left, except to ask the question the Sadducees should have asked—let me see if I can phrase this properly—WHO CARES?!

After one of Professor Hoover’s public forums, where he espoused the view that life-after-death is a silly ancient superstition, one attendee, a Methodist minister, commented on the implications of teaching Christianity without any hope of Heaven: “I don’t think that helps me too much when I’m counseling a grieving family.”

St. Paul understood the importance of belief in the resurrection. He wrote in 1st Corinthians, “If Christ has not been raised, and if only for this life we have hope in Christ, we are to be pitied more than all men.”

If there is no life-after-death, then it just doesn’t matter. Years ago I was an atheist and a drunk. I’m not very proud of my actions back then, but given my worldview, my behavior was actually quite logical and consistent. If we cease to exist at the moment of death, then life is ultimately meaningless, so why NOT have a well-balanced breakfast of Cocoa Puffs and vodka? No matter what we do now, in a hundred years or less we’ll all be gone, so—let me see if I can phrase this properly—WHO CARES?! 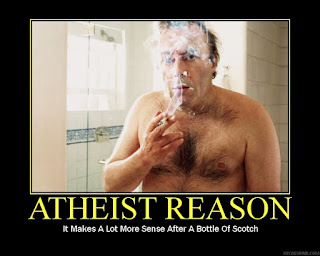 Like St. Paul, Jesus also had no doubts about life-after-death and resurrection. After He answered the Sadducees’ silly question, He addressed their unbelief: “That the dead will rise even Moses made known….[God] is not the God of the dead, but of the living; for to him all are alive.”


Faith in resurrection and hope for life-after-death are the heart of Christianity. They are the answer to the skeptic’s question, “Who cares?” Jesus cares. He cares a lot! And He offered His life to ensure that we can live forever.
Posted by Bill Dunn at 6:58 AM