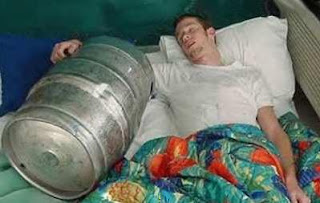 Yes, I’m sure you are just as surprised as I am. Who knew?! What I mean is: who knew researchers could actually waste time and money on something so, let me see if I can find the right phrase, so FREAKIN’ OBVIOUS!!

I think the researchers are on drugs. Maybe they simply studied themselves. 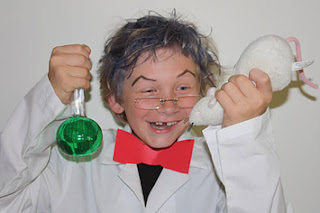 News reports explained the study was a joint effort (“joint effort,” get it?) between Yale University and the Institute of Living in Hartford. They studied more than 1,000 college freshmen over the course of four semesters. The report did not explain if this means they monitored the students from the time they enrolled in college until the end of their sophomore year, or whether these potheads needed four full semesters to complete their freshman year.

The saddest part of the news report was the last sentence: “Primary funding for the research came from the National Institutes of Health (NIH).” In other words, primary funding came from you and me, hard-working American taxpayers who are too busy to sit around a dorm room all day and wash down bong hits with Iron City Beer while listening to Led Zeppelin albums. 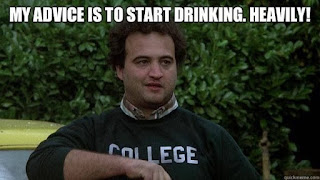 OK, maybe that description is particular to a certain freshman dorm room in central Pennsylvania in the mid-1970s, and today’s college freshmen prefer different brands of beer and music while sitting around all day getting wasted. But I could’ve saved the taxpayers a lot of dough. All they had to do is track my college grades with the amount of time I sat in a central Pennsylvania dorm room engaging in brain cell destroying activities. Or they could’ve simply used a little common sense, something that apparently is not allowed when requesting government funding.

The very next day I read another news report about yet another research study, the results of which were published in the prestigious Journal of the American Medical Association. Researchers at Tufts University analyzed volumes of data about people’s eating habits and their incidents of heart disease, stroke, and diabetes. Here is the summary of this extensive, complicated project: if you eat “bad” foods you’re more likely to have health problems, and if you eat “good” foods you’re less likely to have health problems. 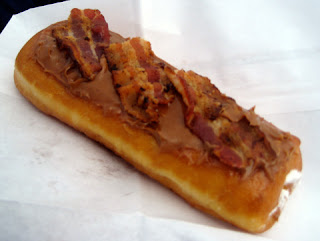 Um, yeah. Again, a real shocker. Good thing a ton of time and money was spent to find this out, otherwise I would’ve continued to believe my proclivity for bacon and doughnuts was the key to living to age 100. Although, in my case, it was actually a health improvement when I switched from booze and bongs to glazed crullers wrapped in bacon.

The “bad” foods are processed meats, bacon, hot dogs, salt, red meat, and sugary drinks. Or to use the official scientific term: tasty stuff. The “good” foods are fish, nuts, fruits, vegetables, and whole grains. Or again to use the official scientific term: yucky stuff. Anyone who has not been in a coma during the last 30 years already knows this information — not that it affects our eating habits very much, because of the TYD (tasty-yucky dilemma). 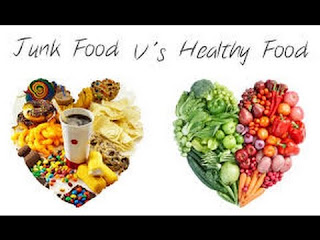 The news report did not explain where the funding came from for this study. But I’ll bet you a chili dog with bacon that once again the taxpayers paid the bill. With so much tax money being squandered, it’s surprising the average citizen has any money left over to buy a hot dog and a beer. Or maybe that’s the NIH’s master plan?
Posted by Bill Dunn at 7:42 AM