A Chat with Tim Staples, Part 2

At the recent Connecticut Catholic Men’s Conference, I had the opportunity to sit down and chat with the keynote speaker, Tim Staples, who has been a Catholic evangelist and apologist for the past 23 years. I asked Tim if it’s difficult to defend the truth in a culture that doesn’t even acknowledge anymore that truth is a real thing. 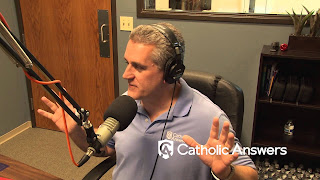 He replied, “Absolutely. We’re back to Pontius Pilate’s question, ‘What is truth?’ You’re exactly right. And so, apologetics is really, really crucial in our culture. In fact, one of my newest hires at Catholic Answers is a fellow by the name of Trent Horn, who wrote, I think it’s the best popular-level book on answering why we believe in God. It’s called Answering Atheism by Trent Horn. Great book. But we really do, we need more apologetics works like that.”

Tim then went on to describe how the emphasis of his ministry has changed over the years:

“When we first started at Catholic Answers, we were really focused on the Catholic-Protestant matter. And not just Catholic-Protestant, but Fundamentalists in particular, and the Pentecostals that tend to be a bit more anti-Catholic. That’s where we started. But the culture has moved to a place now where we have a growing agnostic and atheist population. And we also have what we call ‘nones,’ N-O-N-E, that are basically nothing. Lots more of those today. So, we do need to answer those basic, fundamental questions: Why do we believe in God? Why do we believe in truth? Can you prove that to me? Yes, we can!” 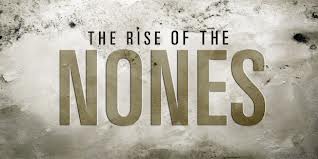 In the early years of Catholic apologetics, the primary mission was to counter the false claims made by Fundamentalists about Catholic doctrine. Many of the most successful Catholic apologists were former Protestant preachers, like Scott Hahn and Tim Staples, who had been raised in very anti-Catholic environments. When they came to understand what the Church really teaches and converted to Catholicism, they understood exactly how their debate opponents thought—because they once thought the same way.

However, these days there is a popular concept called “relativism.” This means that all declarations of fact are really nothing more than personal opinion. If you haven’t noticed, we now live in the age of relativism. There is no such thing as absolute truth anymore. According to a lot of prominent folks, everyone now is allowed to define for him or herself what’s right and what’s wrong. 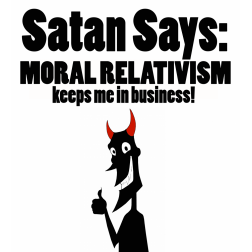 The average 6th grader will understand the blatant contradictions contained in these statements, while the average college professor will wholeheartedly agree. (Which reminds of a line Dr. Peter Kreeft said: “Some things are so foolish only a PhD can believe them.”)

Tim Staples acknowledged it’s more difficult to debate a relativist, someone who doesn’t believe in absolute truth, than to debate a Bible-thumping anti-Catholic Fundamentalist. His organization has evolved over the years to meet the challenge.

Tim explained, “Chris Stefanick wrote a little booklet that we sell at Catholic Answers called ‘Absolute Relativism,’ It’s a great title. But that title alone says a lot: ‘I’m a relativist, and I’m ABSOLUTELY RIGHT about it!’ The logical inconsistency!” 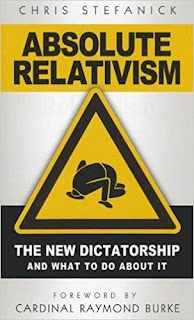 
The Lord calls all believers to be able to explain our faith. Our present-day culture, steeped in doubt and despair, needs to hear the Gospel message more than ever.
Posted by Bill Dunn at 6:06 AM