A few weeks ago at a charity golf outing, I won a really nice raffle prize: a brand new white golf shirt. It looked just like something you’d see a professional golfer wear on TV. I tried it on and it fit perfectly. I felt just like a sweet-swinging tour pro, right up until the moment I grabbed a club and took a practice swing. Then I instantly reverted back to my old self, the left-handed lunging hacker. (Wouldn’t “Left-handed Lunging Hackers” make a good name for a rock band?) 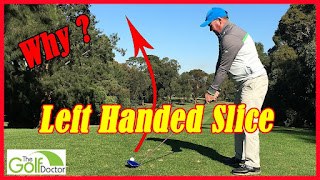 Anyway, as I was enjoying fantasies of hitting the ball long and straight, engendered by my sparkling new white shirt, unbeknownst to me a series of urgent messages were being communicated across a high-speed network. The first message sent was this: “Whoa, the guy who got a C-minus in Freshman English just wrote the words ‘engendered’ and ‘unbeknownst’ in the same sentence. Whose work is he plagiarizing now?”

Unlike the plodding and congested Internet, with which we’re all familiar, this little-known network uses no wires and no computer servers. It operates exclusively with instantaneous telepathic thoughts shared between inanimate objects. As soon as I claimed my raffle prize, an observant bottle of ketchup at the banquet facility sent a message to his cousin, the bottle of ketchup in my refrigerator at home. Here is the message that was sent: “Alert! He just got a brand new white shirt!” 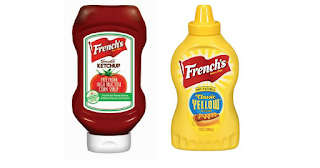 That bottle of ketchup then promptly sent out the word to other items in my house: the bottle of mustard to his immediate right, the coffee mugs in a cabinet above the sink, and the jar of spaghetti sauce on a shelf next to the oven. Everyone leaped into action. Both the ketchup and mustard bottles started forming crusty films at their tops, which would prevent anything from exiting smoothly. Then they started inhaling to build up pressure within each respective container, sure to cause a sudden and violent discharge.

The coffee mugs shifted on their shelf, clearing a path for one mug in the far reaches of the cupboard to make its way to the front. This long-forgotten mug has a slight crack on the rim, perfect for allowing coffee to trickle out and dribble down the side of the mug and onto the drinker’s chest. 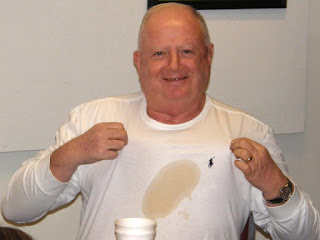 The jar of spaghetti sauce took no action, other than offering a knowing smile. He understood there was nothing special to prepare, as the left-handed lunging hacker’s eating habits were just as hurried and awkward as his golf swing. As the various objects made preparations, high-pitched giggling filled the kitchen.

Other items in the vicinity were copied as the urgent messages flew back and forth. Many offered to assist if needed. The Chevy Equinox began to form a film of tree pollen and dirt on its radiator grille, and placed an isolated clump of dried leaves on the center of the hood, strategically arranged to attract someone to lean over and brush them off. Oily rags sitting high on a shelf in the garage unfurled themselves so that the oiliest edge was now hanging down at shoulder height right by the doorway connecting the garage to the basement. 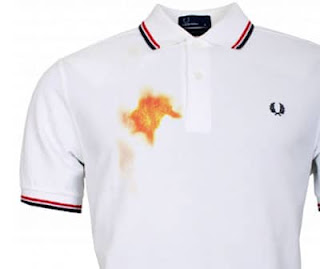 Needless to say, within one week of winning that shiny new white golf shirt, I was standing by the washing machine, frantically rubbing a stain-remover onto various red, yellow, and brown splotches. A half-hour later, when I pulled the shirt out of the washer and held it up, colorful smudges still were quite visible. I shrugged my shoulders and said to myself, “Oh well, I guess I can still wear this while working around the yard.”

At that moment, I swear I heard high-pitched giggling. 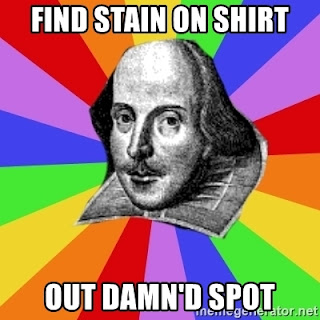