This week’s gospel reading is the well-known parable of the Prodigal Son. As Jesus told the story, a young man demanded his inheritance from his father, took the money and traveled to his country’s version of Las Vegas. There he squandered the funds in record time on non-stop partying. In fact, the word “prodigal” is defined as meaning extravagant, excessive, profuse, and lavish. These terms describe exactly the way the son burned through his dad’s money.

One day the son woke up in a Dumpster with a wicked hangover, and realized all his cash and all his fair-weather friends were long gone. Soon he was on the verge of starvation and decided to return to his father’s estate. Upon arriving home, the son insisted that he no longer deserved to be called a son and asked his father to treat him as a hired worker. But the father ignored this request because he was so overjoyed his lost son had returned. He ordered a big banquet in his son’s honor, with the famous words, “Let us celebrate with a feast, because this son of mine was dead, and has come to life again; he was lost, and has been found.”

I once read a commentary that suggested this parable should be called the “Prodigal Father.” After all, the father’s reaction to his wayward son was equally as extravagant, excessive, profuse, and lavish. He didn’t hesitate to shower his son with abundant forgiveness, mercy, and love. 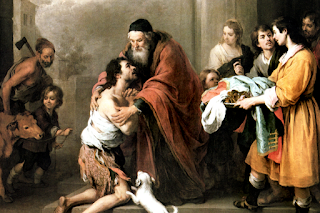 The standard interpretation of this parable is that we are all prodigal sons and daughters, sinful and disobedient to our Father in Heaven. But no matter what we’ve done, no matter how sinful we’ve been, if we repent and return to the Father, He will forgive us and shower us with mercy and love.

However, let’s not forget the well-behaved older son. This son did not disobey his father. He did not go off to Las Vegas and squander a huge pile of dad’s money on non-stop partying.

When this son found out his younger brother had returned, and that his father was throwing a big party, he became angry and refused to join in. The father came out and pleaded with him. But the older son refused, consumed by bitterness. 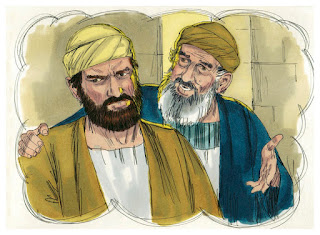 Now, before we go any further, let’s go back and look at the very first sentence of this week’s gospel reading, the exchange that prompted Jesus to tell the parable in the first place: “Tax collectors and sinners were all drawing near to listen to Jesus, but the Pharisees and scribes began to complain, saying, ‘This man welcomes sinners and eats with them.’”

The older son’s complaint was exactly like the Pharisees’ complaint. “Hey Dad!” he was saying, in effect, “How can you welcome that sinner and eat with him?!”

If this parable was set in the 21st century, the older son and the Pharisees would be people who go to church every Sunday; who put generous donations in the basket each week; who don’t go to Las Vegas and squander money on non-stop partying. And who hate the sin and HATE the sinner.

The key lesson in this week’s gospel reading is that God Almighty—represented by the loving father—hates sin, yes, but LOVES the sinner. Whenever a sinner repents and seeks forgiveness, God rejoices. We must do the same. We must pray for wayward people, and rejoice when they see the light and turn to the Lord. Otherwise, we’re no better than the older son, no better than the Pharisees. 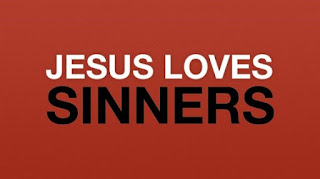