During Jesus’ earthly ministry, there was a time when He and His disciples were traveling to Jerusalem, and they went through a Samaritan village. Samaritans and Jews did not get along very well, and when the locals found out that Jesus was heading for Jerusalem, the center of Judaism, they did not offer Him any hospitality. When two of Jesus’ apostles, James and John, saw this, they said to Him, “Lord, do you want us to call down fire from Heaven to consume them?” (Luke 9:54).

Whoa, wait a minute. The apostles wanted to KILL the Samaritans just because they were not friendly. They wanted to call in an air strike on the enemy position! Sheesh, those guys must’ve just finished watching a Rambo movie marathon. 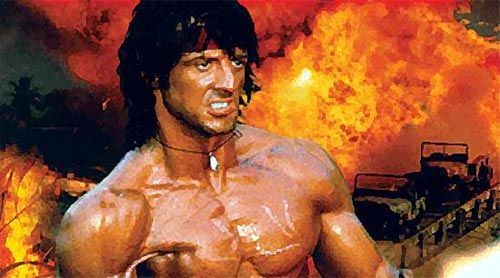 Exactly what crime did the Samaritans commit that deserved the death penalty? Well, they were rude toward Jesus. OK. If rudeness is an acceptable reason to kill someone, then just about everyone on Facebook deserves to get zapped.

It sounds like those two apostles would fit right in with our modern, politically fractured culture. No longer do people express their views with the hope of convincing others to understand, and then “agree to disagree” if they don’t see eye-to-eye. Oh no. Nowadays, whoever does not hold our exact viewpoint is immediately labeled as “the enemy.” And if they’re the enemy, then they are dangerous. And if they’re dangerous, then the proper thing to do is eliminate them — for the good of society, of course. 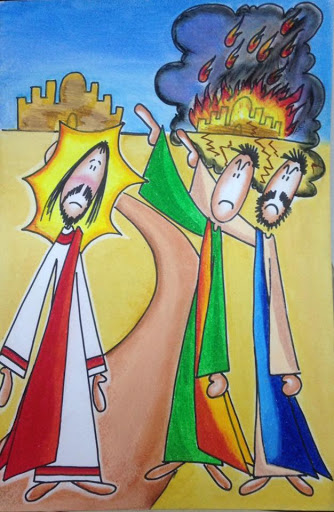 It’s not as if the apostles spent the previous few years holed up in a rural compound, stockpiling guns and ammo, and absorbing every extremist conspiracy theory that spewed forth from the bowels of the internet. Their ability to reason had not been clouded by nasty propaganda. Instead, they spent the previous few years traveling with Jesus, and listening to Him preach a message of forgiveness and love and peace.

So, where in the world did these guys get such a powerful urge to fry Samaritans? Well, that’s exactly where it came from: the world. That is, it came from mankind’s sinful nature. If you haven’t noticed lately, we human beings can be quite cruel quite often. And especially whenever we’re worked up into an “us vs. them” lather, the atrocities occur with frightening speed.

After James and John asked if it was OK to charbroil the Samaritans, the Bible explains, “Jesus turned and rebuked them, and they journeyed to another village” (Luke 9:55-56).

Wait, that’s it? Boy, I wish Luke had offered more details when writing his gospel. Saying that Jesus “turned and rebuked them” is so brief and rather tame. I suspect that Jesus’ response was really intense, really prolonged, and contained whatever was the first century version of, “Are you out of your freakin’ MIND?!!” 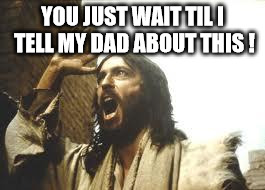 The apostles lived day-in and day-out with the Prince of Peace, and yet they did not hesitate to seek violence against their perceived “enemies.” To make matters worse, they actually thought their “fire from Heaven” idea was holy and righteous. This should be a sobering lesson for those of us who may be caught up in the “us vs. them” mindset that demonizes anyone with differing views and beliefs.

I’m not sure exactly how Jesus “rebuked” James and John. I bet it was quite vehement and harsh. Let’s be careful tossing around that “enemy” label. After all, who wants to be on the receiving end of the Lord’s rebuke?
Posted by Bill Dunn at 6:57 AM