Why Repent When You’re So Wonderful?

Hi, my name is Dr. Louis Charles Furr. I’m an ordained minister at the Church of Self-Fulfillment and Resort Spa, based in Egocentric, California. Bill Dunn is busy this week, so I volunteered to write his Merry Catholic essay.

I couldn’t think of a better time to fill in for Bill, here at the beginning of Lent. Let’s be honest, Bill’s a nice enough guy, but sometimes he’s so old-fashioned in his thinking, and he gets bogged down by all that silly sin and repentance stuff. 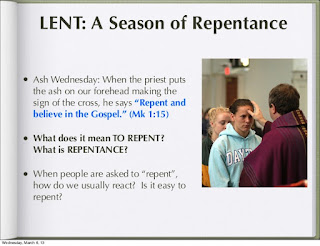 Well, I’d like to take this opportunity to set the record straight. Take Lent, for example, a 40-day period when the Church calls people to engage in repentance and sober self-denial. Oh, my goodness, who ever thought up that weird concept? It must have been someone who felt very guilty.

And that’s the problem with the old-fashioned view of religion: too much guilt. The men who wrote the Bible didn’t understand modern psychology. They didn’t realize that focusing on sin and guilt is very bad for people’s self-esteem.

This is the first Sunday of Lent, and in the first reading at Mass we hear the account of Adam and Eve eating the fruit in the Garden of Eden. The old-fashion interpretation of this event calls it the “Original Sin.” Oh please! 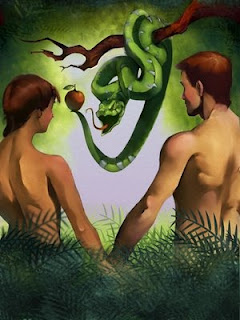 What really happened is this: One day, a wise and enlightened angel, decked out in a stunning snakeskin sports jacket, appeared to Eve and said, “Did God really tell you not to eat that fruit?”

Eve replied that God said she and Adam would die if they touched it. The angel then pointed out, “You certainly will not die!” And the fact is, they did not die—at least not right away. But why worry about something that’s going to happen in the future, when you can experience pleasure right now?

Finally, the wise angel said, “When you eat of it your eyes will be opened and you will be like gods.”

It’s such a shame religious leaders down through history have distorted the true meaning of this Garden of Eden event. It was not a rebellion against God. It was not Original Sin. What Adam and Eve did was seek to discover their inner god. It’s not a bad thing to want to be like God. That’s what we all should do. We all should be the center of our own universe. That’s how we boost our self-esteem and personal fulfillment. 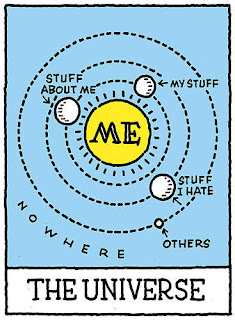 All this talk about sin and repentance keeps us from becoming like God and reaching enlightenment. Here at the Church of Self-Fulfillment and Resort Spa, our worship services focus on worshipping ourselves—just the way I’m sure God wants us to. Also, we have massage therapy, aroma therapy, and volleyball games where everybody gets a participation trophy, even if you choose not to participate.

Instead of spending the next six weeks of Lent feeling guilty and denying yourself the basic pleasures of life, why don’t you book a vacation getaway at our resort? It will do wonders for your self-esteem. Just call 1-800-ILOVEME, and talk to one of our cheerful Ministers of Pleasure. Our rates are reasonable and we take all major credit cards.


I suppose next week Bill will get back to his usual blah-blah-blah about sin and repentance, and the need to kneel humbly before God. Well, I’m just glad I had the opportunity this week to shed a little modern light on the subject. I hope you now understand that it’s perfectly OK to want to be a god and worship yourself. Would someone as wise and enlightened as me, Lou C. Furr, ever steer you wrong? 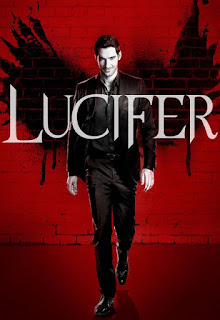