Boy, talk about frustration. I was all set to write a column about the maddening process of trying to get a problem resolved at that bastion of indifference and ineptitude: the Department of Motor Vehicles.

It all started recently when I had my driver’s license renewed. Something must have malfunctioned with the DMV’s laminating machine, because within a few weeks, the writing and the photo on my license began to fade. I considered this a good thing, since the more it faded, the less my mug shot looked like a crime scene photo of a dead guy. 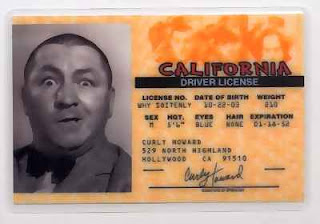 You have to admit it, there’s something quite remarkable about those DMV digital cameras. They can make Brad Pitt look like Boris Karloff.

But then a couple weeks later I went to the drive-up teller window of my bank to cash a check. The teller asked to see my driver’s license to verify my identification. As soon as she looked at it, she got that “Uh oh, we’ve got a problem here” look on her face.

Through the big pane of glass, I could see the teller show my license to three other bank employees, each of whom also got that “Uh oh, we’ve got a problem here” look on their faces. Finally, after almost ten minutes the teller came back to the window and said, “I’m sorry, we can’t accept this license. It looks fake. You should go back to the Motor Vehicle office and get a new one.” 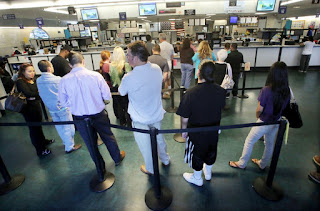 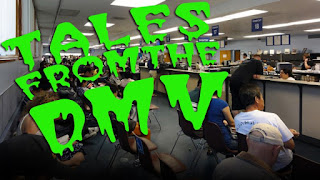 I already started outlining in my mind the scathing column I planned to write about the ordeal I was sure to face. The main theme would be: “Imagine! Having to pay extra to correct their blunder! Harrumph!” It would be the most sarcastic and indignant thing I ever wrote. (Which, as many of you know, is saying a lot.) I even thought about buying a mini camera to secretly videotape the whole ordeal. 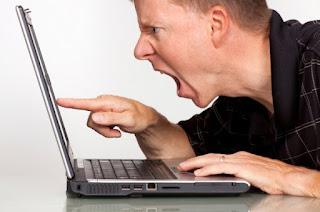 But my plans of journalistic retribution were completely dashed. I strode into the DMV office fully prepared — in violation of everything my parents taught me when I was young — to MAKE A SCENE. To my complete surprise, the DMV employee could not have been nicer or more helpful.

I held out my faded license, and before I could even say a word, the woman behind the counter said, “Oh dear, the lamination must have fallen off.” She immediately grabbed a small form, wrote “defective” on it, and said, “Just take a seat, Mr. Dunn. We’ll have a new license for you in a couple minutes.”

And true to her word, two minutes later she called my name and handed me a brand new, shiny license — no charge.

I was devastated. My “DMV Nightmare” column was already three-quarters written. Now I’d have to start from scratch to write a column.


When I got to my car I took a closer look at the new license. “Ah ha!” I exclaimed. I had a valid complaint after all. On the left-hand side of the license was a bright and colorful crime scene photograph of Boris Karloff. 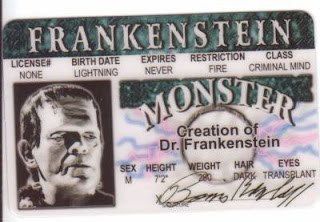