The Transfiguration Makes Us Ask: Who Is Jesus?

This week’s gospel reading at Mass is the Transfiguration of Jesus. Matthew’s version of this spectacular event highlights the Transfiguration’s similarities with the Exodus account of God giving the Law to Moses on Mount Sinai. Both events occurred on a mountain; the face of God’s servant became radiant; a cloud represented God’s presence; and the divine voice spoke from the cloud.

At the Transfiguration, Jesus brought three of His disciples—Peter, James, and John—up on a high mountain. Jesus was transfigured before them, and as we read, “His face shone like the sun and his clothes became white as light.” (Sounds like a possible marketing campaign: “Try new TRANSFIGURE laundry detergent, and get your clothes ‘white as light!’”) 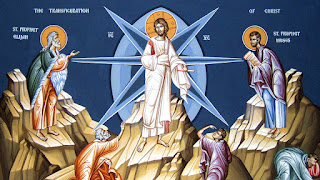 Suddenly, Moses and Elijah appeared and began talking with Jesus. Moses was the person to whom God had given his Law. In fact, the Law was often referred to as “the Law of Moses.” Elijah was the first great prophet in Israel. If you had to pick two concepts or two guys to summarize the entire Old Testament, it would be the Law and the Prophets—Moses and Elijah.

Jesus’ coming and His teachings were the logical extension of the Old Testament teachings. His life and ministry were the culmination of all that had come before. God revealed Himself and laid out His guidelines for mankind in the Old Testament, and foretold that He would send a special anointed one to reconcile mankind back to Himself.

So, the main point is, Moses and Elijah did not appear with Jesus on the mountain so that Jesus could say, “You guys are outta here! Your teachings were all wrong. I’ve got the correct teaching now!”

They appeared more as teammates, passing the baton, so that Jesus could say, “Thanks guys. You did a great job setting the stage for me. Now it’s time to fulfill everything God’s been doing all these years.” 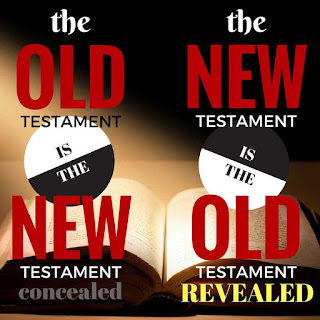 Although Jesus acknowledged that the Law and the Prophets were good and godly concepts, we must not make the mistake of equating Jesus with Moses or Elijah.

About a week before the Transfiguration, Jesus asked his disciples, “Who do people say that the Son of man is?”

They told him some of the various views: John the Baptist, Elijah, Jeremiah, or one of the other prophets. Then Jesus asked them point blank, “But what about you? Who do you say I am?”

Peter replied, “You are the Christ, the Son of the living God.”

Within a few days, Jesus took Peter and the other two up the mountain to prove beyond a doubt that Peter’s answer was correct. 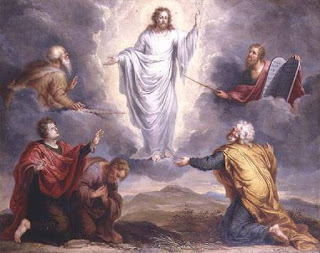 That’s the question facing us today. Who do we say that Jesus is? There’s a lot of different answers floating around these days: a good and wise teacher, a prophet, a holy man, the founder of one of many religions, a mythical figure from ancient folklore, etc.

But only one answer is correct—Peter’s answer. Jesus is the Christ, the Son of the living God. And as Peter later taught about Jesus, as recorded in the book of Acts, “Salvation is found in no one else, for there is no other name under heaven given to men by which we must be saved.” 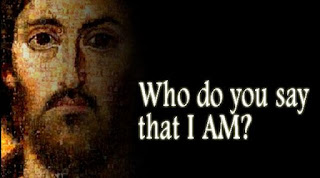