On behalf of my mom and the rest of the Dunn family, I want to thank you so much for coming here today and supporting us during this difficult time. We really appreciate it.

Did you happen to read my dad’s obituary in the paper? Two graduate degrees. Four years in the Navy Reserve. Two years in the Army. School teacher in New Haven for 27 years. Head lifeguard at the town beach. Created and ran the Town Beach summer youth program. Clinton’s first ever Park and Rec Director. Then, after retiring from teaching, a second career as Public Relations Director for the Water company. And then 4 years as probate judge. 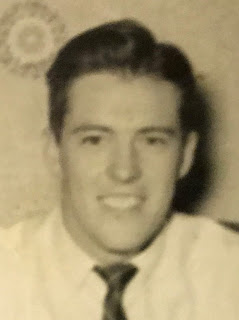 And he taught us how to swim, how to throw a curve ball, and how to shoot foul shots. He built a full-size basketball hoop and backboard in the yard, a puppet show theater, doll houses for the grandkids, and he built 3 additions onto the family home—all of which, I’m happy to report, are still standing and not leaking.

He loved working in his garden, and tinkering at his work bench in the garage, and some of his colorful creations are still the talk of the neighborhood.

When did he find time to sleep? 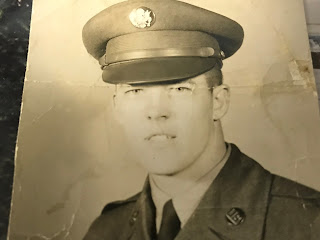 I’d like to share a few thoughts about my dad. The first thought is similar to a famous quote by Mark Twain, who said, “When I was a boy of 14, my father was so ignorant I could hardly stand to have him around. But when I got to be 21, I was astonished at how much the old man had learned in seven years.”

I can relate. When I was a teenager, I was pretty sure I knew everything, and I was certain my father knew nothing. But only after I became an adult, and especially after I got married and started a family, did I begin to appreciate and admire what my father did. 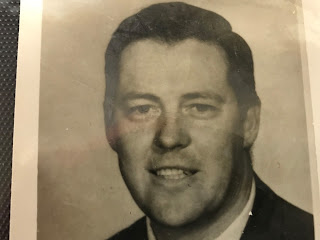 First and foremost was the fact he and my mom raised 5 kids. After raising 2 children with Joyce, I can’t comprehend how they were able to handle 5! (Look up.) OK, Aunt Loretta and Aunt Liz are looking down right now and saying, “Um… Hello?”

If you don’t know, my Aunt Liz had 8 children, and my Aunt Loretta had 6. They probably said to my parents, “Are you guys even Catholic?!”

Anyway, he raised 5 kids on a teacher’s salary. If you remember, back in the ‘60s and ‘70s, teachers were paid less than a trainee at McDonald’s. But Dad always worked extra part-time jobs to make ends meet. And we always had a roof over our head, food on the table, shirts on our backs, and sneakers on our feet. (That’s right: we had no pants.) 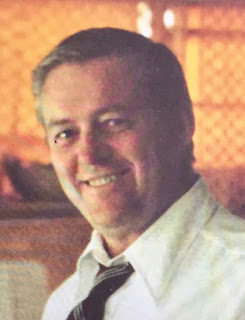 When I think back to our youth, now from an adult perspective, I’m amazed at my dad’s courage. He did things I would be too cautious to even bother trying.

For example, in the mid-60s, he and a few other men in town—Jim Beardsley, John Davis, Bob Richards, Hank DeMazza—decided we needed a youth football program. So, they just went out and created one out of thin air.

At the time, I had no idea how hard they worked to make that dream a reality. And how much resistance they faced: all the people who mocked them and said there were too many obstacles. But they did it, and Dad was one of the founding fathers of the Clinton Touchdown Club, one of the club’s presidents, and the head coach of the mighty Clinton Packers. Countless hours, and all volunteer. 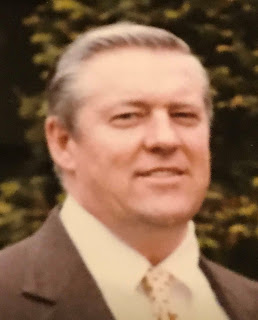 I remember another time when my father displayed amazing courage and perseverance: the Summer of the Lobster Pots.

My father loved lobster; it was a real treat. An in the late 60s he was upset that the price of lobster had gone up to something like 65 cents a pound. Highway robbery!

So, he decided to get lobsters directly out of Long Island Sound. He bought a used boat, which he named the “Leprechaun.” He bought a brand new outboard motor. He got the registration and insurance. He rented a slip at the town dock. He bought 6 new lobster pots, and paid for the special fishing license. He made buoys out of old Clorox bottles, and painted them green.

Finally, he got the bait fish. Since lobsters are scavengers, the older and smellier the bait, the better. And there’s nothing more invigorating to the senses then filling up a bucket with fish that’s been sitting in the sun for 3 days, and then driving from Westbrook over to the docks in Clinton with that bucket inside the green van. What a fun ride.

So, he put his 6 pots out by the breakwater past Clinton Harbor, with the pots at the bottom and rope connecting them to the buoys on the surface. And we started catching lobsters. It was great.

However, after a while, we found out that professional lobster fishermen don’t take too kindly to amateur lobster fishermen. One day we chugged out to the breakwater in the Leprechaun and discovered all of our lines had been cut. The green buoys had drifted away and the pots were lost at the bottom of the Sound.

That ended the lobster adventure, but we ate a lot of lobster that summer, and if you add up the cost of the boat, the motor, the insurance, the license, the lobster pots, and the bait, it worked out to only 300 dollars a pound. 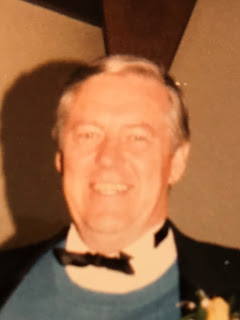 My dad embarked on many other adventures, such as the Baseball Road Trip. One day he and myself and Timmy and Jerry piled into the van, and we headed out on a Friday afternoon. We saw a Mets game that night in New York, a game in Philadelphia the next day, and a Red Sox-Orioles double-header on Sunday in Baltimore. And we slept in the van at rest areas along the Jersey Turnpike. It seemed like the Ritz-Carleton to us—except with no shower, and you had to walk across a parking lot and use the bathroom with a bunch of truckers. But we loved it!

The greatest adventure of all had to be the famous cross-country trip. My dad bought a pop-up camper trailer, and hitched it to the green van. All 7 of us piled into the van and we went on a 30-day, 7,000 mile saga around North America.

On that journey we saw Niagara Falls, Mount Rushmore, Yellowstone Park, the Golden Gate Bridge, LA, Disneyland, and Las Vegas. We stayed at the Arcand’s house in Washington State during the middle of the trip.

We almost lost the camper in Idaho; almost lost our lives in East St. Louis; and almost lost our minds if we hadn’t returned home when we did. But it was an amazing adventure. Such vivid memories, even though it’s been almost a half-century ago. 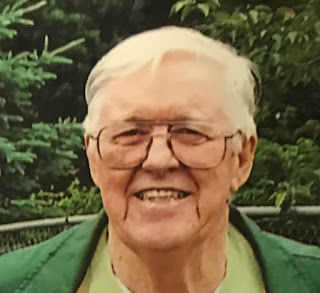 My dad had loads of courage, and when he wanted to do something, he just went out and made it happen. And he had tons of perseverance. Sometimes we may have instead used the word stubborn. But he was a bulldog; he was not a quitter.

My father lived a long, full life. He strongly believed it was important to do things, not just sit around and think about doing things. Which made it so frustrating for him these last few years. But he leaves behind a terrific legacy. He was all about family. The family was the most important thing in his life.

During these recent difficult and sad days, I’ve been clinging to my favorite Bible verse: John 16:33. Jesus told his followers: “In this world you will have tribulation.” Well, no kidding, Lord. Life has a lot of heartache and sadness, sickness and pain, sin and death.

Then the next thing Jesus said was, “But be of good cheer.” Um, what? Life is filled with pain, but we’re supposed to pretend everything is fine?

Well, it all makes sense when you include the final phrase. The entire statement Jesus made was: “In this world you will have tribulation, but be of good cheer, for I have overcome the world.”

That’s the key: Jesus has overcome the world, and all its pain and sorrow. His death paid the price for our sins, and his Resurrection conquered death once and for all. And best of all, he promised that if we put our faith in him, we too can live forever in the paradise of Heaven. 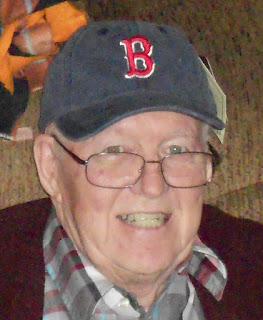 And I am 100% convinced that just one week ago my dad had a wonderful reunion with his mother and father; with his brother Dan, and sisters Anna, Loretta, Jane, and Liz. And all the pain and struggle he endured in recent years is over.

And I’m convinced that we will have a wonderful reunion with him someday, because God’s love and mercy are more powerful than sin and death.

So, thank you again for coming here today. Please join us afterward in the church hall for a reception—and there’s tons of food, so you gotta come. We can share a few tears and share a few laughs. But most of all, we can be of good cheer despite this tribulation, because the Lord has overcome the world.

Thanks again, and God bless. 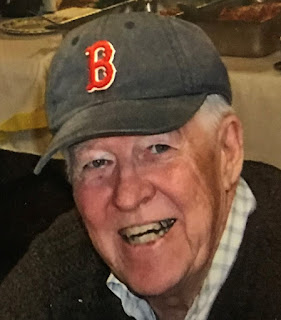