The Travail of Traveling

“Hey Bill, you should go to that national sales meeting in Dallas next month,” my boss recently said to me.

Oh no, the only way to get to Dallas is to travel. And traveling means planning and packing and long security lines and dragging a suitcase through the airport and uncomfortable airplane seats and needing to use the airplane bathroom but then realizing we’re making our descent into DFW and no one is allowed to leave their seat during descent which means doing a painful leg-wiggling tap dance for the next 25 minutes until I can get off the plane and run to a men’s room in the terminal. Traveling also means getting lost in an unfamiliar city and lumpy hotel mattresses and dozing off during meetings because of a lack of sleep due to the lumpy mattress and going out to dinner with a bunch of obnoxious salesmen from Illinois and hotel wake-up calls that never happen and frantically shaving while in the shower and running to meet the shuttle bus with a hunk of toilet paper on your chin to stop the bleeding and then realizing you left your cell phone charger in the hotel room — again. And at that point, the whole painful cycle repeats itself for the journey back home. 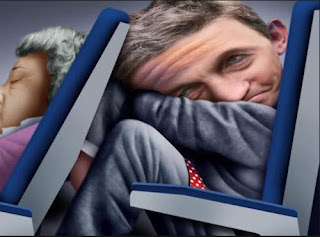 The dictionary says the word “travel” originated during the Middle Ages in northern England, coming from the word “travail,” which means to toil, or to labor. So, the original meaning of travel is, “To make a laborious and painful journey.” Even 700 years ago, they understood that going to Dallas for a national sales meeting was sure to be a royal pain in the butt. There were no fun and games involved with traveling back in those days, and there are no fun and games involved with traveling nowadays.

For the past few months people have been asking me, “Where are you going on vacation this summer, Bill?”

When I reply, “Nowhere,” they say, “Oh, you’re not taking vacation this year?”

Then I say, “I didn’t say that. I’m taking time off, but I’m just not going anywhere.”

“How come?” they ask. To which I reply, “Because I want my vacation to be ENJOYABLE!” 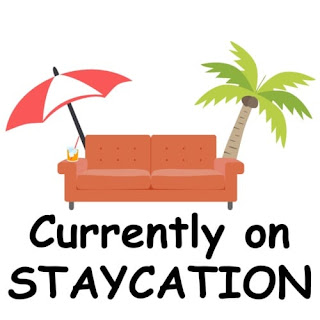 OK, maybe I’m exaggerating a little. My wife and I have traveled on vacation fairly often over the years, and we usually enjoyed ourselves. But as the years go by, it seems like traveling is more and more becoming travailing. It’s turning into a genuine northern England Middle Ages laborious and painful toil. On my next trip, in addition to airport terminals, lumpy mattresses, and lost cell phone chargers, I won’t be surprised if I encounter oxcarts, bow and arrow-wielding bandits, and the occasional outbreak of bubonic plague. 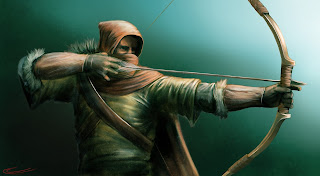 Because traveling has morphed into travailing in my mind, I’m amazed at friends who excitedly tell me of their retirement plans. “Oh, it’s gonna be great, Bill!” they exclaim. “As soon as I retire, the missus and I are going to travel the entire country for at least six months!”

“Why?” I ask. “Do you want to keep experiencing the toil and drudgery of work?”

I bet after they return from that six-month retirement saga, he’ll be saying, “I’m so tired! I need to go back to work fulltime so I can get some rest!” 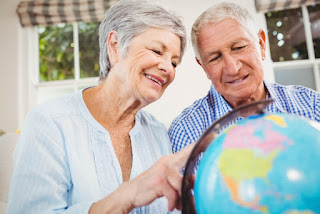 Luckily for me, a lot of financial procrastination during the past three decades means I won’t have to worry about retiring any time soon. I can relax and enjoy my 50 hours per week at the office. No risk of running into oxcarts, bandits, or bubonic plague for me. Unless, of course, they send me to Dallas again. 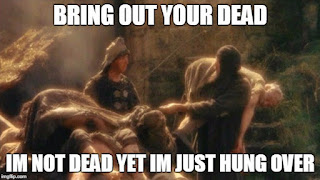