A few years ago, I wrote a column about verbal tics. (No, not the kind that spread Lyme Disease.) I discussed three different verbal tics that really annoy me. The first one is the ubiquitous “y’know,” as in, “I was, y’know, wondering if you might, y’know, be able to come over here and, y’know, fix my printer again?”

The second verbal tic is the repeated use of the question “right?” at the end of every statement, as in, “So I was walking down the street, right? And then I tripped on the sidewalk, right? And then I almost spilled my coffee, right? It was so wrong, right?” 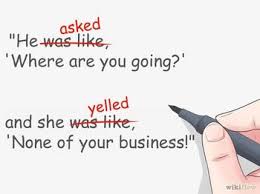 One of the reasons I dislike “like” so much is because I discovered that I use that word far too often myself. For example, I recently related the events of a meeting I attended to some coworkers. This is what I said: “Well, first I explained to him that it wasn’t our fault the shipment arrived late. But then he was like, ‘I don’t care whose fault it was, I ain’t paying that invoice!’ and I was like, ‘But you have to pay! You own the equipment now!’ and he was like, ‘Get out of my office!’”

When I finished speaking, my coworkers were pondering how to get our money from this cranky customer, but I was thinking to myself, “Did I use the word ‘like’ like a hundred times just now?” Then I thought, “And did I just say to myself ‘like a hundred times’ when it was only three?” 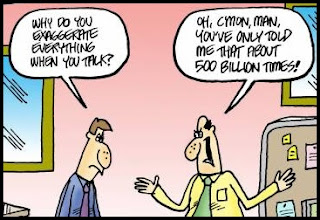 And that’s when I realized that our culture now uses the word “like” instead of “said” to give ourselves permission to exaggerate a situation rather than be factually correct. If we tell someone, “Vinny said to me, ‘Get out of my office or I’ll hit you in the head with a pipe wrench!’” we are clearly claiming that Vinny made a genuine threat to commit a violent assault. And if it turns out he said nothing of the sort, we are guilty of slander by using a direct quotation that was never spoken.

However, if we tell someone, “Vinny was like, ‘Get out of my office or I’ll hit you in the head with a pipe wrench!’” we are adding a bogus story to make the point that Vinny was angry. And if he said nothing of the sort and it comes up again, we can just shrug and say, “You know what I meant. He was honked off.” 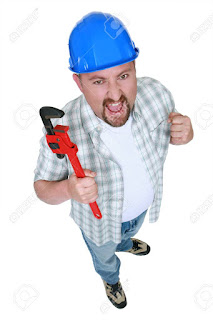 The word “like” is a simile, which is a figure of speech used to make a description more emphatic or vivid. The dictionary offers some examples: Crazy like a fox. Brave as a lion. Angry like a Vinny.

It seems that our culture has become similized. We’ve changed our speech patterns, using the simile “like” instead of the word “said,” so we can tell tall tales instead of telling the truth. We are now living in Western Similization. 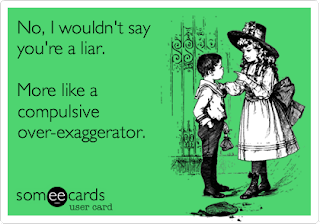 This is often called the era of “fake news.” Media outlets are accused of distorting the truth (and often these accusations are made by people who wouldn’t recognize the truth if it bit them on the butt).

Maybe it’s time to value truthfulness and honesty once again. Y’know, if we did that, it would be, like, the best thing that ever happened, right?