I’m sure you saw the heart-breaking images last month of the massive fire at the Cathedral of Notre Dame in Paris. Before the fire was even extinguished, hundreds of millions of dollars in pledges were already pouring in to pay for the rebuilding effort. 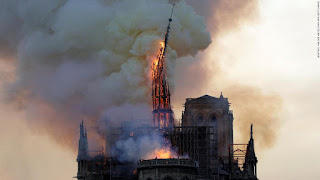 I heard one media commentator say, “Faith built the cathedral, and faith will rebuild it.”

There is no doubt it was faith that built this massive, spectacular cathedral beginning in the year 1163 A.D. One of my favorite authors, Dr. Peter Kreeft, discusses the majestic Gothic cathedrals in Europe in his brilliant little book, Jesus Shock. 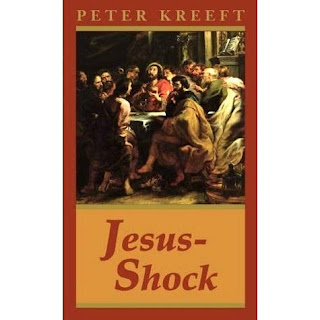 Kreeft explains that the cathedrals built in the Middle Ages are genuine miracles, since their architectural majesty was far beyond the construction capabilities available at that time in history. “What in the world explains these miracles?” Kreeft asks. “Nothing in the world. That’s what makes them miracles. Christ alone explains those cathedrals. Stonemasons did not build them; faith built them. His Real Presence built them, and His real presence was worshipped in them. They were built not to house man worshipping, but Christ worshipped. They were His houses; that’s why they had to be better than man could possibly do.” 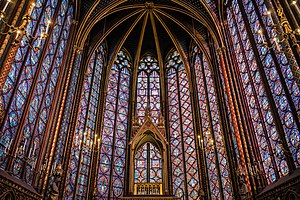 I don’t know much about architecture (except that as a HVAC guy, we’re always complaining that the architects don’t give us enough space to install the heating and cooling systems properly). But I fully accept the claim that the European cathedrals are a miracle of construction. After all, back then there were no electric motors, no hydraulics, no modern cranes, no rail cars or trucks to transport construction materials, and no computers to aid the design process. 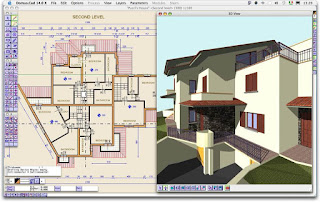 There is a story I love about the cathedrals. During construction, artists crafted intricate stone carvings at the very upper edges of the structures. These beautiful works of art could not be seen by any human being. They were way up out of sight, and in those days, there were no hot air balloons, no helicopters, no drones with cameras, and no Google Earth satellite images.

So, these guys labored month after month, year after year, to create beautiful sculptures—sculptures that no man would ever see. Why did they do it? Because they knew God would see it, and their desire was to please Him. Talk about faith! That is the kind of passionate faith that built those magnificent cathedrals. 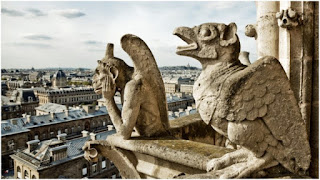 The media commentator I heard said that faith built the Cathedral of Notre Dame almost 900 years ago, and that is quite true. But then he said that faith will rebuild the cathedral. I’m not so sure about that. Certainly, hundreds of millions of dollars goes a long way getting construction work done. And the government of France seems very determined to do whatever it takes to restore Notre Dame. But don’t forget, France, along with most of Europe, is a post-Christian culture. The percentage of citizens who still go to church and believe in God is shockingly small. It has become a thoroughly secular part of the world in just a couple of generations. (And in case you haven’t noticed, the U.S. is following in Europe’s footsteps at a rapid pace.) 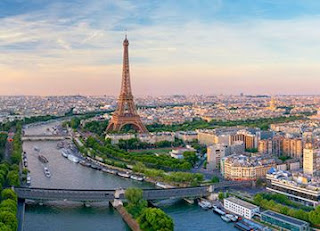 A lot of cash can erect impressive buildings. The skyline of Manhattan is a prime example. But faith, true faith in God, is needed to create a structure so sublime it stirs up spiritual longings in the depth of your soul. The stone workers who created Notre Dame 900 years ago had that faith. It’s yet to be seen what a team of secular construction crews can do in the early 21st century. 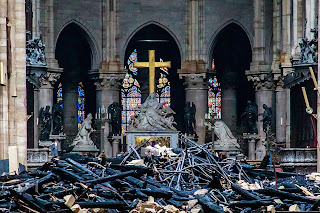 But wouldn’t it be wonderful if this tragic fire, besides destroying the roof of Notre Dame, also rekindles the faith of secular France? Let’s pray for that nation, which was once called “the eldest daughter of the Church.”