The planes visited Waterbury-Oxford Airport. It was a very emotional experience just being onboard these cramped flying machines, as it made me realize that an entire generation of Americans gave up their youth to defend our country. 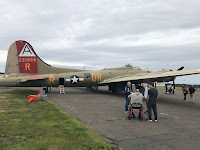 A month later, there was another emotional experience when the very B-17 I had squeezed through crashed at Bradley Airport, killing seven of the 13 people on board. What a tragedy.

Seeing those World War II bombers prompted me to check out a book from the library, The Wild Blue, by Stephen Ambrose. The book follows the experiences of the late Senator George McGovern, who as a young man from South Dakota joined the Army Air Force. Eventually, he became a pilot and was sent to Europe to fly B-24s over Germany and Austria. Somehow, he survived 35 missions.

I’d like to relate the most poignant episode of the book: On a particular mission, one of the 500-pound bombs got hung up and did not drop from the aircraft. Whenever that occurred, it was very dangerous, since a hard landing when returning to base could detonate the bomb and kill everyone on board.

So, Lieutenant McGovern flew the plane at a relatively low altitude near the Austrian Alps as crew members desperately tried to dislodge the bomb. Finally, it was freed and fell from the plane. Then the crew watched in horror as the bomb made a direct hit on an isolated farmhouse, destroying everything in sight. McGovern looked at his watch. It was exactly noon. Being from South Dakota, he knew farmers always gather at the house at noon for lunch. He and the rest of the crew were devastated, and were haunted for years knowing the bomb most likely wiped out an innocent family. 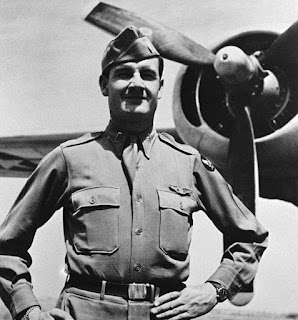 Fast forward to the mid-1980s. Political statesman George McGovern was in Austria, and while there did an interview with an Austrian TV station. After explaining to the reporter that although he had been a strong critic of the war in Vietnam, especially the bombing campaigns against North Vietnam, he believed Hitler had to be stopped, so his B-24 bombing missions were justified. Then McGovern added, “There was one bomb I’ve regretted all these years.”

Curious, the Austrian reporter said, “Tell us about it.” So, McGovern told the story of the stuck bomb and the isolated farmhouse and the guilt and sadness he carried for so many years.

After the show aired, an old Austrian farmer called the TV station and said it was his farmhouse that had been destroyed. But he explained that when he heard the airplane approaching, he took his wife and children out of the house and they all hid in a ditch. When the bomb destroyed the house, no one was hurt. When the TV station called and relayed the story to McGovern, he was overwhelmed. He just collapsed in tears and relief. Four decades of guilt and sadness disappeared. He joyfully explained, “It seemed to just wipe clean a slate.” 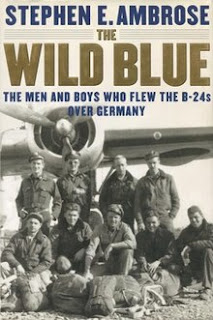 In light of the tragic crash at Bradley, I suppose these vintage planes should not sell rides to the public anymore. But I hope these aircraft still visit airports around the country, so spoiled, pampered Americans — like me — can better understand the sacrifices an entire generation made in the 1940s.

In honor of Veteran’s Day next week, check out the book about McGovern from the library. And if you don’t know what a library is, Google it.
Posted by Bill Dunn at 6:08 AM