Marketing Jesus: ‘He Gets Us’

You may have seen some television ads with the theme, “He gets us.” These 30- and 60-second spots focus on Jesus, and describe how the Lord is able to relate to the struggles people face in the modern world, especially young people in an urban environment. The production quality of these videos is top notch, and an organized campaign is flooding television, billboards, and social media right now with the ads.

I first saw one of these spots between innings of a baseball game. I immediately said, “Whoa, someone just put an ad for Jesus on TV, instead of the usual Budweiser or Ford pick-up truck commercial. Interesting.”

The one I saw showed a series of black and white images of anxious people in run-down housing projects. Somber music played in the background. Then words flashed on the screen: “Jesus struggled to make ends meet, too. He gets us. All of us.” The ad ended with the website address: HeGetsUs.com. 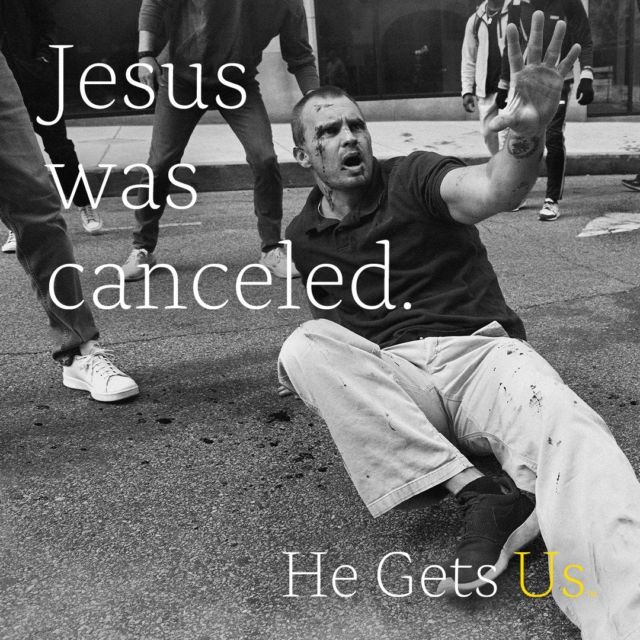 I visited the website, where you can watch and listen to many of the videos that have been produced. The text on the homepage gives a good idea of the audience being targeted:

"Have you ever experienced frustration? Sorrow? Temptation? So has Jesus. Jesus understood what life was like for people in his day — especially for the marginalized. He was drawn to those on the fringes because he was one too: An immigrant. Homeless. Arrested. Bullied. Through it all, Jesus welcomed outcasts, stood up for women, hung out with troublemakers, even befriended enemies."

This “He Gets Us” effort is being funded by a small group of wealthy anonymous families. Some reports claim upwards of $100 million is being spent to produce the videos and buy the advertising time. Not surprisingly, the response has been mixed. Some people claim it’s a waste of money. Others are leery and suspicious because the donors are anonymous and the website emphasizes that they’re not affiliated with any church. And many people are turned off by the gritty emphasis on poor, young, urban people. 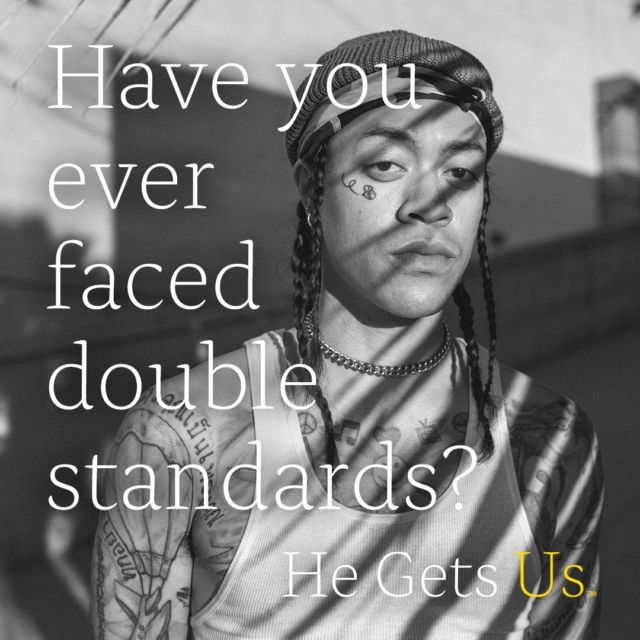 On the other hand, quite a few folks understand that young people have been leaving organized religion in droves in recent decades. So, trying to communicate with them in a way they can relate to is simply wise evangelism.

In our current secular culture, millions of people are unchurched. The only thing they’ve ever heard about Jesus is that His followers are judgmental and obnoxious. So, it’s a breath of fresh air that someone is trying to introduce the Son of God in a way that people can understand.

Yes, there is no mention of Scripture or the doctrine of the Trinity. In fact, after digging through the website and watching the videos, I saw no mention of the Resurrection either. But that’s OK. Those items are steps 9, 22, and 35 in the evangelism handbook. Right now, people need step 1, an introduction to the person of Jesus Christ.

There was a time during Jesus’ earthly ministry when his disciples came to Him, quite upset, saying they saw someone casting out demons in Jesus’ name. They said, “We tried to prevent him because he does not follow us.”

Jesus replied, “Do not prevent him….whoever is not against us is for us.” 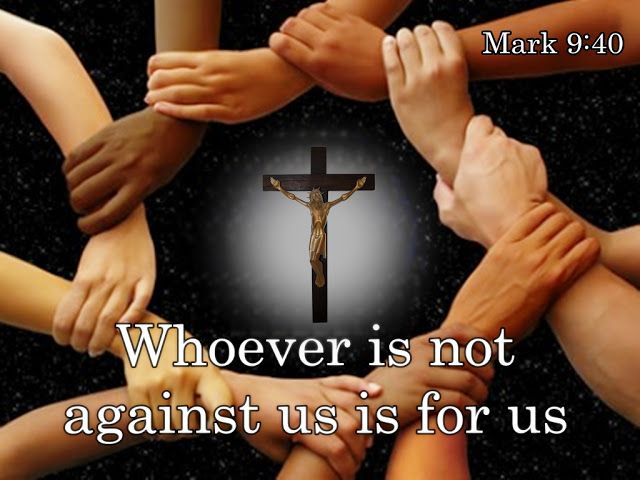 The mysterious people behind this expensive advertising campaign may not be doing things in the traditional, church-centered style. Those of us who attend church on a weekly basis might find it somewhat uncomfortable, kind of like going to a folk music festival and discovering that it’s actually a heavy metal concert.

However, since the main focus is on Jesus, how can it be a bad thing? I suspect even Jesus would say, “Hey, they’re not against us, so they must be for us.”