One Man’s Stuff Is Junk

Apparently this “one man” is very busy, and someone should tell him to knock it off.

Another expression goes like this: One man’s clever idiom that begins with “One man’s…” is another man’s dopey cliché.

Since we began to do some work on our house in preparation for putting it up for sale, I’ve discovered a whole lot of stuff that I considered stuff is actually junk. Part of this might be due to the real estate agent, who swooped through our home one evening, going from room to room, and declared that everything has to go. “Rooms look much bigger to potential buyers when they’re empty,” she explained.

“Yeah, but we still live here,” I said, “and we still sort of need things like a bed and a chair, don’t we?”

She paused for a moment, then said, “Do you want to sell the house or not?”

OK then, so a lot of stuff that used to be stuff is now considered junk. The problem is, I can label a particular item as junk, meaning I haven’t touched it in nine years and I suppose I could live without it when we eventually move to a smaller place, but I can’t bring myself to label it as garbage. The item still has some value — maybe not to me anymore, but to somebody. I’d feel guilty if I just tossed it down an embankment on the side of Route 8 late at night — er, I mean, rented a dumpster and disposed of it properly.

Therefore, we are now going to do something almost as stressful as selling the house: we’re going to have a tag sale.

To be honest, I enjoy tag sales about as much as Kim Kardashian enjoys reading Shakespeare. It’s kind of sad to watch sweet little old ladies suddenly turn into hockey players. They park their Buicks on neighbors’ lawns. They push and shove other sweet little old ladies, as if a set of plastic plates from Target are priceless antiques from the Ming Dynasty. And they haggle over the prices like Donald Trump buying another building in Manhattan, only with significantly more personal insults.

I’m looking forward to all the delightful aspects of having a tag sale: being told I’m greedy for charging five dollars for something that recently cost me a hundred bucks; breaking up fights between sweet little old ladies and sending them to their respective penalty boxes; and worst of all, realizing at the end of the day that the driveway is still filled with quite a bit of junk, and I’ll have to load up my car and head out on Route 8 at midnight — er, I mean, rent a dumpster.


We haven’t set a date yet, but the tag sale is coming soon. Which reminds me of an old expression: One man’s tag sale is another man’s root canal. 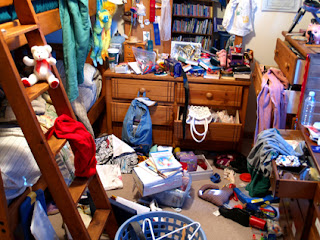 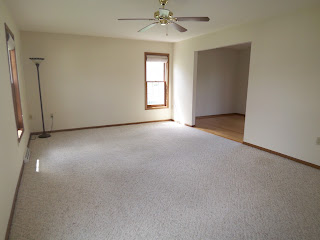