How to Be a Good Boss

Over the years I’ve worked for some interesting bosses. And I am using, of course, the definition of the word interesting that means, “Was once a Marine drill sergeant but got dismissed from the Corps for being TOO nasty.”

Some bosses were nasty right to your face, while others were even worse. They’d smile and be friendly in person, but then gossip behind your back, saying all kinds of nasty stuff about you to the other employees. At one particular company, after a while everybody hated everybody else. It was not a fun place to work, but it would’ve been a great place for a psychologist to study and write a best-selling book about workplace dysfunction.

Some bosses were honest — painfully honest. (“Really?” an employee would mumble after being chewed out. “I realize I made a mistake on the sales report, but did he have to tell me I’m ugly, too?”)

With one boss, there was a surefire method to determine if he was lying: his mouth was moving.

For a time in the distant past, I was a boss. The official title was Production Supervisor, and I was in charge of a bunch of people I used to work with. That was as awkward as listening to Kim Kardashian be a contestant on “Jeopardy.” Each Monday morning I’d walk into the plant and hear a former friend say, “Oh, big man’s wearing a tie now. Thinks he’s so important. Too good for us peons now.”

It was an exhausting situation. I exerted myself so much smiling and being friendly with the employees in person, that I barely had enough energy to gossip about them behind their backs.

I have a theory about the relationship between bosses and employees. Now, it’s not like I’ve done a psychological study and written a best-selling book about workplace dysfunction. But I have been in the workforce for 36 years, so I’ve observed a few things along the way. (Most important observation: the toilet paper in the men’s room always runs out by Thursday morning. Someone should keep an eye on that. Just sayin’.)

No wait, on second thought, there may be a few flaws in my proposed solution. I’ll have to work on it some more.

All workplace unhappiness would cease to exist if only bosses behaved like the greatest boss in the history of mankind. This amazing boss was named Mrs. Emily Gale, and she lived in Kansas in the 1930s. You may know her better as “Auntie Em.”

The most skillful episode of corporate management took place early in the movie “The Wizard of Oz.” Auntie Em went out toward the barn to check on the employees, named Hickory, Hunk, and Zeke. (There’s a trivia question that will win you a free beer every time.)

When she found them not doing their assigned duties, Auntie Em made sure everyone knew who was in charge. She said, “I know three shiftless farm hands that’ll be out of a job before they know it!”

But then, before the employees could feel oppressed and get discouraged, which of course would lead to more shiftlessness when the boss was not around, Auntie Em said the magic words: “Here, can’t work on an empty stomach. Have some crullers.”


If only Auntie Em was my boss today. Wouldn’t that be great? 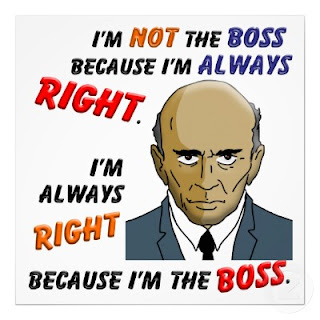 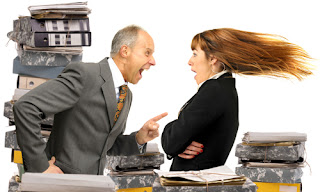 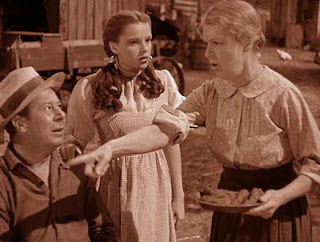