Memories of Christmas Trees Past

Today’s topic is Christmas trees. Since it’s less than a week until Christmas Day, that makes sense. At this time of year, if today’s topic was Groundhog Day flowers or Labor Day bushes or Thanksgiving shrubs, that would be weird. We’ll save those topics for the appropriate months: March, July, and Thursday. 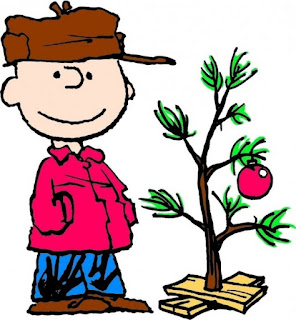 Anyway, according to the Internet, the tradition of Christmas trees originated in Germany in the 16th century. As we all know, if it’s on the Internet it MUST be true. Back in the 16th century (which I think means the 1500s — I always get that confused) devout Christians in what is now known as Germany (and back then was known as Arizona) brought decorated pine trees into their homes. I suspect a lot of schnapps and beer were involved. 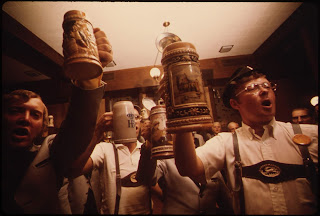 Regardless of the intoxicants required to get this activity started, decorated Christmas trees have now become a cherished tradition. Christmas trees can be found in many nations around the world, including China, South Africa, Germany (formerly Arizona), and the good ol’ U.S. of A. (According to the Internet, the words “good ol’” are part of the official name of our country, even though compared to many other nations, we’re still a rambunctious teenager of a country.)

Personally, I have many fond memories of Christmas Trees Past (which was the first ghost to appear in Charles Dickens’ holiday classic, “The Adventures of Tom Sawyer”). I also have one horrible memory about Christmas trees, a memory dredged up recently by my darling sister on her fabulous blog: katesflightofideas.com. 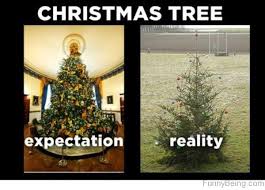 We had a family tradition in my family (the best place to have family traditions) of always getting a live Christmas tree. And not just a live cut tree as opposed to an artificial tree. No, my dad’s thinking was a cut tree will just end up as trash in a few weeks, so instead, he insisted on digging up the tree — roots, dirt, and all — so it could be planted in the springtime and become part of our yard’s landscaping. Since my dad’s first two children were sons, he had a couple of built-in farm laborers, who were ready and nowhere near willing to dig up a pine tree.

Oh, one other thing: in my family the tradition was to get our tree on Christmas Eve. I don’t know if that was a Catholic thing, or a New Haven thing, or a schnapps and beer procrastination thing, but as you probably know, here in Connecticut on your average December 24th, the ground has the same hardness as concrete, except with a much greater chance of producing sparks when your steel shovel hits a rock. 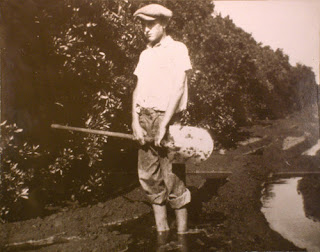 There are a lot of poignant, heart-warming scenes displayed on holiday cards this time of year. For some reason, Hallmark has yet to include this particular poignant scene: two skinny boys, ages 11 and 10, standing on opposite sides of a lopsided pine tree, chipping away at the frozen tundra with old and bent shovels, icy tears streaming down their cheeks, each wishing they could convert to Judaism, at least for one day out of the year. 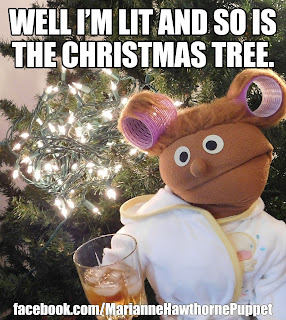 I’m so glad my darling sister stirred up that old memory. And I thought my counseling days were over. I hope I still have Dr. Nussbaum’s phone number.

However, there is some good news. Fifty years after experiencing what it was like to be in a Soviet gulag labor camp, I finally got most of the feeling back in my fingers. 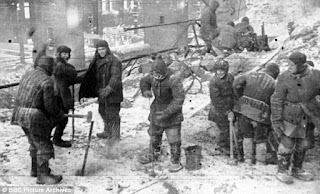 Nowadays, our Christmas tree is made of bright, shiny, green plastic — the exact kind Mary and Joseph had 2,000 years ago (at least according to the Internet).

Merry Christmas! And as Tom Sawyer exclaimed, “God bless us, everyone!”