Father, Forgive Us, We Know Not What We Do

One of the most poignant moments in Jesus’ entire 33 years on earth occurred while He was hanging on the cross. With his body wracked in torturous pain, the Lord looked heavenward and gasped, “Father, forgive them, for they know not what they do.”

Isn’t that amazing? Jesus asked his heavenly Father to forgive the very people who were in the process of murdering Him. Wow. Talk about compassion. 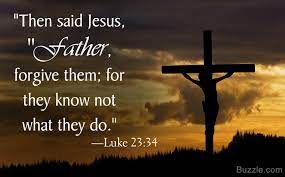 Besides giving us insight about the depth of Jesus’ forgiveness and mercy, this event also gives us an example to follow. You see, human beings have an annoying habit of taking action based on faulty information. People often do things out of anger or fear or ignorance. In other words, they know not what they do.

When people behave in ways that hurt others, most of the time they either are not purposely trying to cause pain, or if they are, they’re convinced it’s justified because the other people caused them pain first. It’s actually very sad the way folks hurt each other because of misunderstandings and misinformation.

Instead of immediately plotting revenge, the person who has been hurt should follow Jesus’ example and forgive them, specifically because the offending persons know not what they do. Granted, this is very difficult. When a person has been hurt by someone else, the instinctive reaction is to lash out and hurt them back. “An eye for an eye” is not just an Old Testament judicial concept; it’s a deep-seated part of human nature.

So, when we’ve been hurt by someone, the most difficult thing in the world is to have the forgiving and merciful mindset of Christ. At that moment, every fiber of our being screams, “Fight back! Hurt them even worse!” Can you imagine if Jesus chose to go in that direction while hanging on the cross? Instead of, “Father, forgive them,” suppose He instead called down fire from Heaven and yelled, “Father, fry them!” 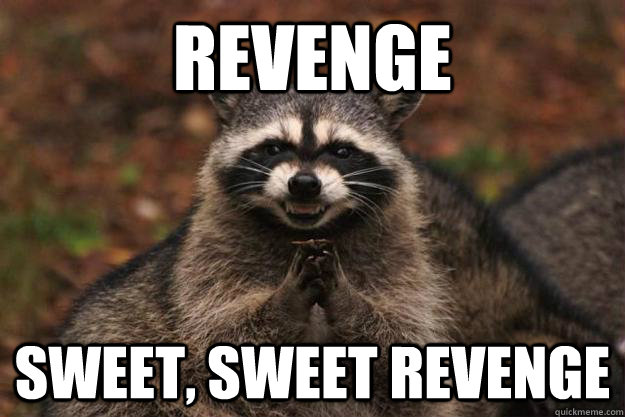 Whoa, that would’ve satisfied His human instinct for vengeance, but it would not have satisfied His spiritual desire to pay the price for the sins of Mankind and make eternal life possible for His faithful followers.

There are other times when we should offer a slightly modified version of Jesus’ famous statement. Whenever we are the ones causing pain to others, we should look heavenward and exclaim, “Father, forgive ME, for I know not what I do!”

I’d venture to say the majority of sins we commit are done out of ignorance. This is not to say we don’t know the difference between right and wrong, and therefore we’re not responsible for our actions. Oh no, we understand right and wrong all too well. However, there are plenty of times when we commit selfish little venial sins, and then afterwards we are completely shocked that we inflicted so much pain on someone else.

Personally, I can’t count the number of times I’ve had to apologize for saying or doing something stupid (and I can count pretty high — all the way up to ninety-twelve!). Even if my actions were self-centered, it never occurred to me that I would cause a lot of pain. So, this means it’s accurate to say I did not fully know what I was doing, and therefore it’s appropriate for me to look heavenward and exclaim, “Father, forgive ME, for I know not what I do!”

No wait, I should say that to God right after sincerely saying something very similar to the person I’ve hurt. 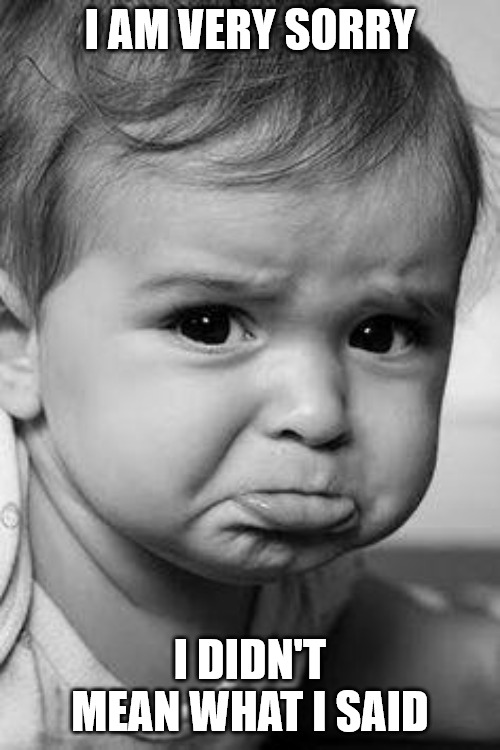 Jesus’ astounding statement of forgiveness from the cross is a great example for us. We should say the same thing when people hurt us, and we should say it when we’re the ones doing the hurting.

It’s like that old joke: “What are the two must abundant things in the Universe?” Answer: “Hydrogen and stupidity.”

Actually, the most abundant thing in the Universe is the love of God. Father, forgive us, for we know not what we do.
Posted by Bill Dunn at 10:07 AM