We DARE to Call God Our Father

Have you ever noticed at Mass that right before we all recite the Our Father prayer together, the priest says, “At the Savior’s command and formed by divine teaching, we dare to say”? And then we all join in, “Our Father, who art in Heaven…”

Isn’t the expression, “We dare to say,” kind of odd? Why use the word “dare”?

In the dictionary, the word dare is defined as: “To have the necessary courage or boldness to do something.” 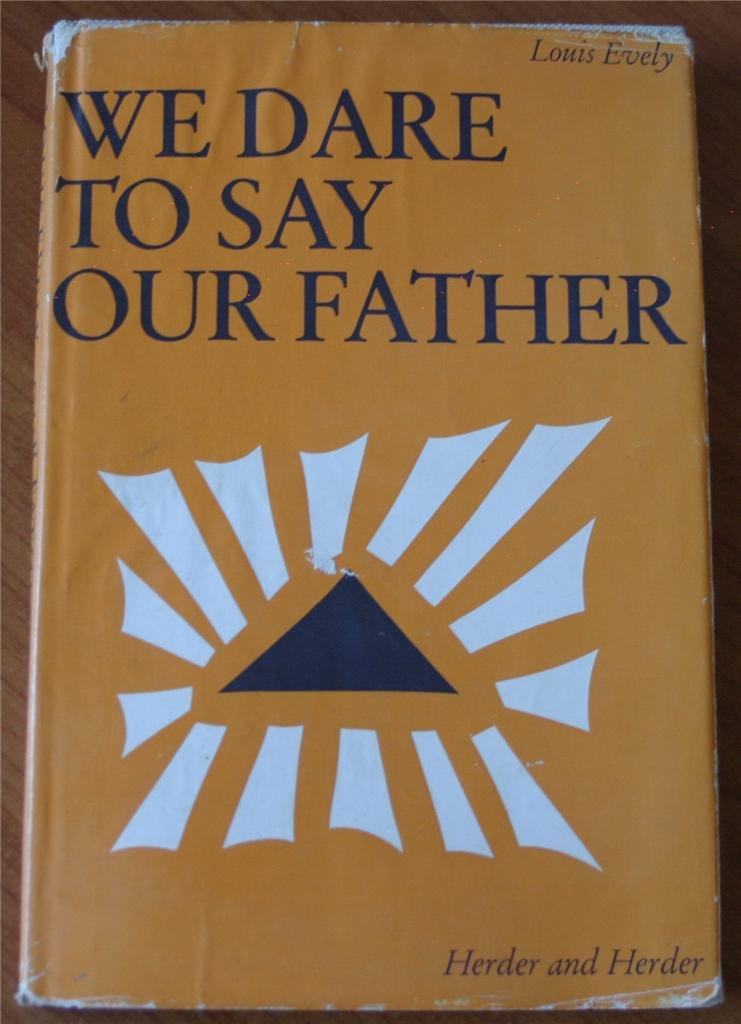 Do we really need courage or boldness to mindlessly mumble a bunch of words we learned as kids, while our brains are thinking about what we’re going to do when we get home from church? (Speaking from experience here.) Is it really a courageous risk to say the Lord’s Prayer along with everyone else at Mass? Obviously, we do not need courage or boldness to engage in that particular weekly routine.

But the word dare is included for a good reason. Those of us who grew up in Catholic and Christian families, learned the Our Father prayer at an early age. Then later, during a CCD or Bible study class, we were taught the meaning of the prayer. And most likely we didn’t pay attention to that particular lesson because we were too busy making goofy noises in the back row and trying to get Eileen Crolly to laugh out loud. (Again, speaking from experience here.)

The point is, the words of the Our Father prayer were ingrained in us at a young age. It was the first and foremost prayer that all Christians memorized and there certainly was no need to be courageous or bold in order to say the prayer.

But that wasn’t always the case. Before the Incarnation, that is, before Jesus was born of the Blessed Virgin Mary and walked the earth 2,000 years ago, people trembled in awe before the Almighty Creator God. And rightly so. After all, God is the all-knowing, all-powerful Being who created the entire Universe. In comparison, we puny human beings are nothing. It would’ve been insulting to the majesty of God to consider Him as a pal or buddy or playful daddy.

However, that is exactly what Jesus taught: The all-powerful God of Abraham, Isaac, and Jacob actually is our “Abba, Father,” an expression that means something like, “Daddy, Papa.” 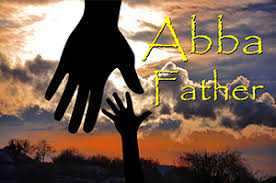 Jesus taught his disciples that they (and us, too) could informally turn to prayer and communicate with the Divine Creator. Prayer was no longer the exclusive domain of special community rituals and ceremonies. In any informal setting, such as our bedrooms or while taking a walk, we could look up and speak directly to our heavenly Father, just as a trusting child says, “Hey Daddy, I need some help.”

This teaching was stunning when Jesus explained it so many years ago. (And I understand that Matthew wasn’t paying attention the first time Jesus taught this lesson because he was too busy making goofy noises trying to get some girls to laugh. Luckily he paid attention later on and included the words of the Our Father prayer in chapter 6 of his gospel.)

It doesn’t seem like much of a dare to us nowadays to recite a prayer we learned as kids. But when Jesus first taught his disciples to say this prayer, it did require courage and boldness. The idea of having a personal conversation with the Creator of the Universe surely made the first disciples tremble a little. And to be honest, engaging in a personal conversation with the Almighty Creator should make us tremble a little, too. 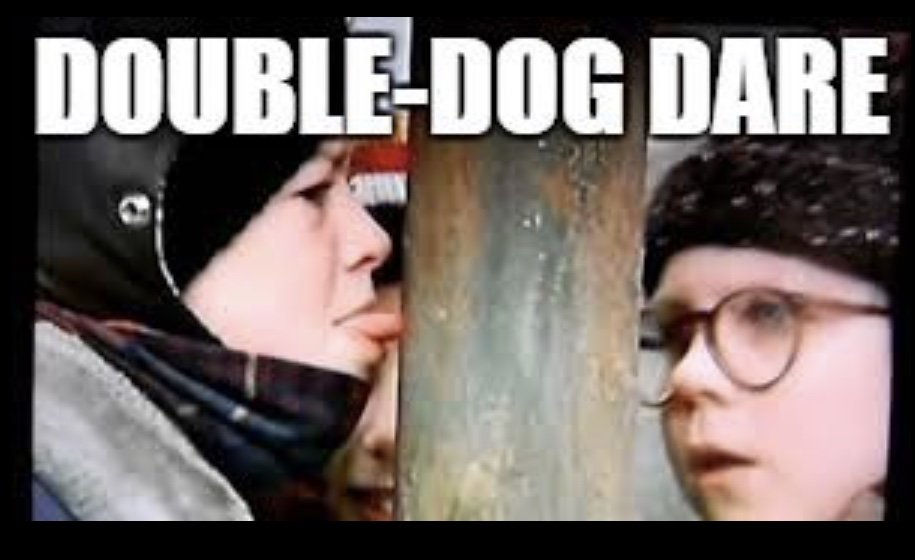 Jesus’ mission on earth was to bridge the huge gulf between the Holy God and sinful mankind. Because He came to seek and save what was lost, we now can approach God as our tender Father. So, go ahead. I double-dog dare you: say the Our Father prayer with courage, boldness, and most of all, joy.