The new year is almost here. So, let me be the first to wish you a happy new year — four weeks late!

Wait, what? That’s right, the Liturgical new year began over four weeks ago, on the first Sunday in Advent at the end of November.

Hey, Dunn, why are you talking about the Liturgical new year, when we’re on the verge of the real new year that everyone celebrates on January 1st?

OK, well I guess you’ve never heard of the Chinese New Year or the Jewish New Year, neither of which occurs in January. But that’s all right, we’ll go with the new year that most people are familiar with, January 1st, if that makes you feel better.

For the new year that begins on January 1st, what are your Liturgical new year’s resolutions?
Um, what does that mean?

Let me explain. Liturgical new year’s resolutions are similar to the typical resolutions people often make at this time of year. But instead of focusing on more mundane things — like losing weight or joining a health club or learning how to play the tuba — liturgical resolutions are focused on a person’s faith life.

For example, if you’ve gotten out of the habit of going to Mass because of the pandemic, this would be a great time to resolve to start attending each week. And I mean attend in person, not just watch a streaming video of Mass on your computer. Don’t get me wrong, it’s awesome that we have the technology to live-stream an event using just a cell phone camera and a Facebook or YouTube account. This is great for the elderly or those who have difficulty traveling.

However, if you can get out and about, it’s definitely time to attend Mass regularly again in person. Additionally, when you’re at Mass in person, you can receive the Eucharist. Yes, it is possible to participate in a “spiritual communion” when you can’t get to church, which truly provides special graces from God. But there’s nothing like receiving the real flesh and blood of Jesus in the, well, in the flesh. 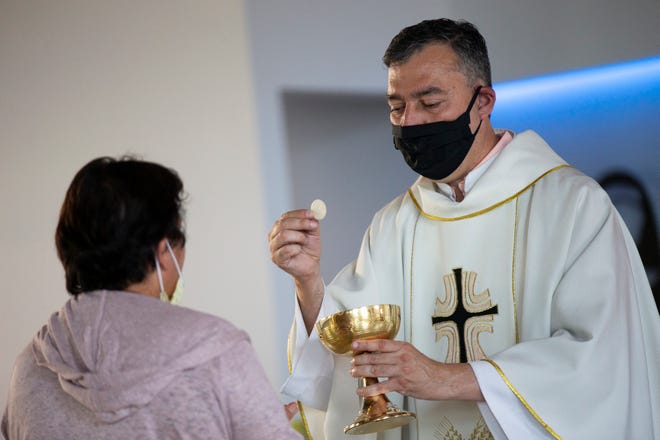 So, for new year’s, please resolve to attend Mass each week.

Speaking of the real flesh and blood of Jesus in the Eucharist, the Church teaches that we really should not receive Communion if we’ve committed any serious sins that have not yet been absolved during the sacrament of Confession. This might come as a surprise to many people, but the Church has never declared that Confession is an optional activity for whoever feels like it (even though many Catholics act as if the Church made that exact declaration).

Confession is a crucial and REQUIRED sacrament. So far, there have only been two people in history who were sinless, Jesus and Mary. (Three, if you count my mom.) For the rest of us who are not sinless, we really need to confess those sins and get them absolved. Take my word for it: when you finally force yourself to go to Confession, it’s a joyful sensation. You really feel like the weight of the world has been lifted off your shoulder. (That’s because carrying around the burden of sin is really, really heavy.)

The sacrament of Confession is a perfect new year’s resolution. I’m tempted to suggest that you go each month, but I don’t want to terrify you so much that you decide to change religions. So let’s say we all should start out by going to Confession at least every three months. How’s that sound? Not so bad, right? Of course, if you’ve committed a really serious sin, then for heaven’s sake, don’t wait! (And I mean “for heaven’s sake” literally. Dying with unconfessed sins is not a risk worth taking. Why gamble with the fate of your eternal soul?)

So, as I’m sure you can tell, liturgical new year’s resolutions are pretty easy. At least, they’re much easier than dieting or joining a health club. And they’re WAY easier than learning how to play the tuba. 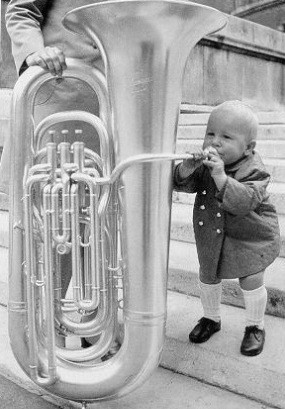