This week’s gospel reading tells the familiar story of “Doubting Thomas.” Years ago, when I first became a Christian, I remember reading this episode in the Bible, and I shook my head and said, “Thomas, Thomas, how could you be so stubborn? How could you insult Jesus like that? I wonder why He even picked you as a disciple in the first place?”

Then after Thomas expressed his faith in the Lord, Jesus summarized the incident by saying, “Blessed are those who have not seen and have believed.” 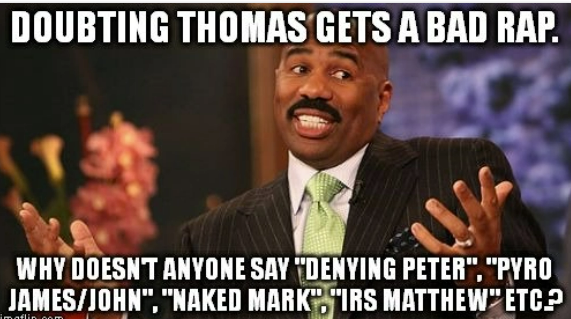 And right at that point, I smiled and said, “Yep, that’s me. I haven’t seen, but I believe. If Jesus had picked me to be one of the Twelve, I would have been so loyal and faithful to the Lord, they’d have had to write a separate book of the New Testament just about me!” (I could even envision a typical Mass thousands of years later: “And the second reading this week is from the Book of the Best Disciple, Bill…”)

Back when I was being so judgmental toward Thomas and the other disciples, I had just become a Christian. My faith in Christ had given me the power to stop abusing alcohol and drugs, and I was convinced that living a life of righteousness and faithfulness was easy. Also, I was in my late 20s, which meant I was convinced that pretty much ANYTHING was easy.

But now, I’m a whole lot older and a tiny bit wiser, and I know myself a little better. I’ve learned from experience that living a life of righteousness and faithfulness is anything but easy.

So, when I read this Doubting Thomas episode in the Bible nowadays, I shake my head and say, “Thomas, Thomas, I am so glad Jesus picked you instead of me to be one of the Twelve, because I would have screwed it up big time!” 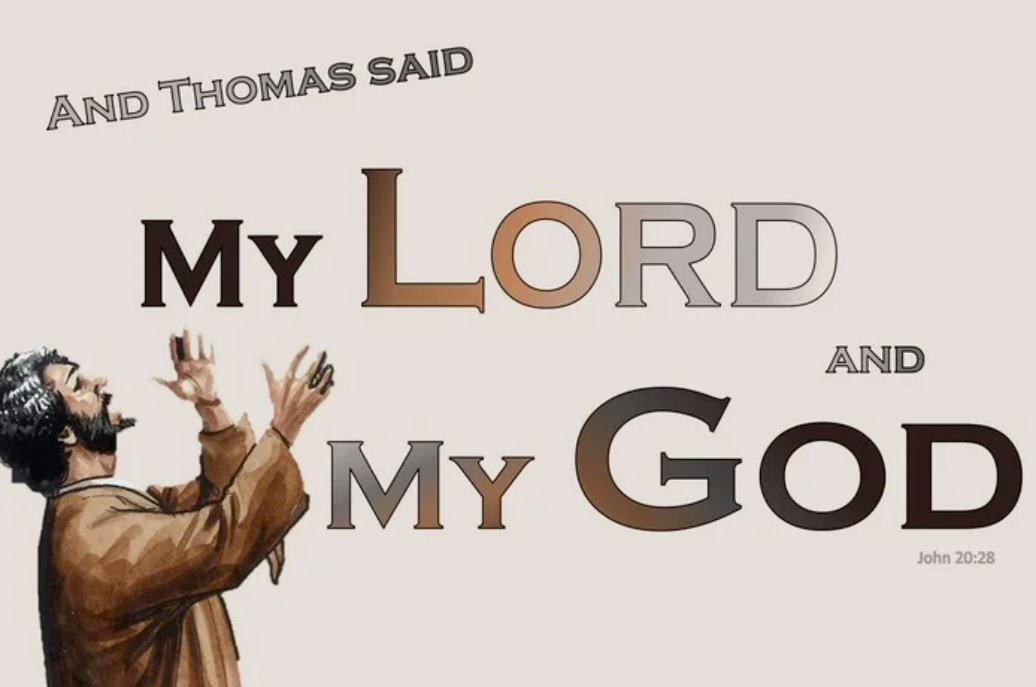 More than three decades of TRYING to live faithfully to Jesus and His teachings has proven beyond a doubt that I am very prone to fear, frustration, discouragement, and most of all, doubt. And I’ve got two things going for me the disciples didn’t have: (1) I have the whole New Testament neatly compiled, which spells out exactly what God’s plan is; and (2) I live in a community where there are no Roman soldiers patrolling the streets ready to arrest and crucify me if they think I’m a trouble-maker. (By comparison, those annoying kids with their skateboards aren’t so annoying after all.)

When I hear the story of “Doubting Thomas” recited as Mass this week, I won’t be smirking about his lack of faith. Instead I’ll be admiring him for his logical thinking, and most of all, for his hope. After all, Thomas did hang around Jerusalem for an extra week, at a time when it was very risky to be one of Jesus’ followers. He couldn’t quite believe that Jesus was alive until he had seen it with his own eyes, but he certainly was hoping it was true.

Thomas took a huge risk staying in Jerusalem to find out whether the story was true or not. And once he discovered that Jesus had risen from the grave, his famous proclamation, “My Lord and my God!” was just the beginning. Church tradition tells us that Thomas became the first Christian missionary to India, where he eventually was martyred for preaching the faith. 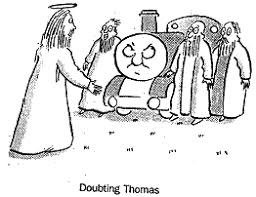 So, if Thomas was able to change his doubt into rock-solid faith, then maybe there’s still hope for me. And I don’t even mind anymore that there probably won’t be a New Testament book written about me. Probably.
Posted by Bill Dunn at 6:01 AM