Apostles Call In an Airstrike

In the gospel reading at Mass this Sunday, there is an interesting episode that, in my experience, doesn’t get discussed very often. Jesus and his disciples were traveling toward Jerusalem. They came to a Samaritan village, and the people there did not welcome Jesus and his friends at all, mostly because their destination was Jerusalem, the center of Jewish life. Samaritans and Jews did not get along at all back then, so instead of offering the travelers some food and water, the Samaritans probably scowled at them and muttered, “Just keep moving. We don’t like your kind around here.”

This is when the two brothers, James and John, approached Jesus and asked, “Lord, do you want us to call down fire from heaven to consume them?”

Um, what?! Did I read that right?! The Samaritans behaved somewhat rudely, so in reply two followers of the Prince of Peace thought it would be a good idea to call in an airstrike? Just napalm the entire village into ashes? And why? Because they were not friendly? Holy moly!

When we think of the 12 apostles, a lot of things come to mind. They were the people to whom Jesus entrusted His Church, and nowadays there are countless religious institutions and church buildings that bear the apostles’ names. Even some cities are named after them. The Bible tells us the apostles did a remarkable job spreading the Good News after the Resurrection and Ascension of the Lord.

The Bible also tells us that before the Resurrection, the apostles weren’t quite as impressive. Judas betrayed Jesus. Peter denied Him. When Jesus was arrested, they all scattered like frightened bunny rabbits. And throughout Jesus’ three-year ministry, the apostles often were dazed and confused, oblivious to the true message of Jesus’ teachings.

But in all your years of listening to sermons and homilies, have you ever heard anyone mention that Jesus’ apostles also were homicidal maniacs? I’ve never heard that. And let’s face it, that’s the only way to describe this particular episode. James and John, the two disciples who, along with Peter, were closest to Jesus, wanted to destroy the Samaritan village and all the people there. Why? Because the Samaritans committed the unpardonable sin of being rude. 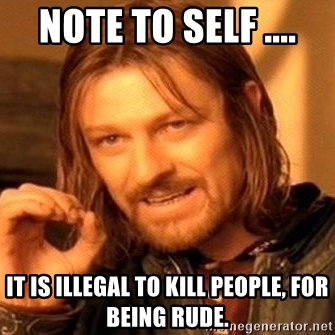 Well, if being rude deserves the death penalty, it’s a good thing James and John never visited New York City. Or drove on I-84 in Hartford during rush hour.

When these two apostles asked Jesus, in all sincerity, if it was OK to murder an entire community for the crime of being unfriendly, Scripture says, “Jesus turned and rebuked them, and they journeyed to another village.”

That’s it? That’s all the Bible says? Oh man, I would love to know what Jesus actually said to them. I’m sure Jesus' words were not in a calm, pleasant voice, the way you might try to teach 2-year-olds right from wrong, such as, “Now, Jimmy and Johnny, we don’t write on the walls with crayons. So please try to write only in the coloring book, OK?”

No, I can imagine Jesus’ “rebuke” was a bit more passionate. After staring at them with clenched teeth for at least 20 seconds, He probably blurted out, “Consume them with fire?! For being rude?! Have you listened to ANYTHING I’ve said?! Hey, here’s an idea: how about I consume YOU with fire, for being morons?!” 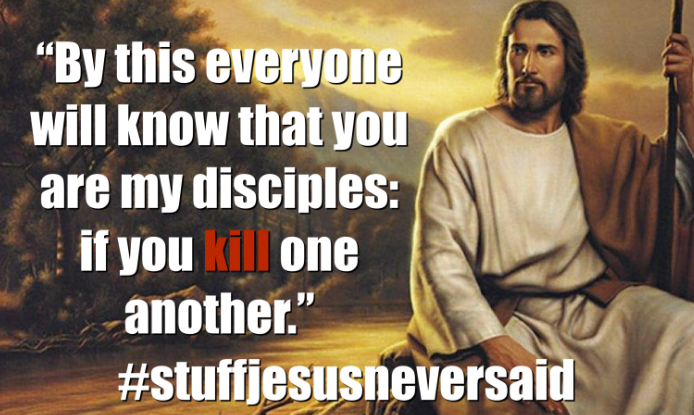 Well, I’m sure Jesus didn’t say that last part. But that’s what I would’ve said if I were Him.  The good thing about this episode is that it shows us how people can change when the Spirit of God enters their hearts and fills them with love. Many years after this disturbing event, John became known as the Apostle of Love. I bet as an old man, John told this story to explain to people how faith in Christ can turn a sinful, murderous man into a gentle and charitable soul.

We should use this event as a warning, and remember that all of us have that occasional urge to lash out at people who have offended us. “Turn the other cheek” is the Lord’s command to us. And for Heaven’s sake, don’t call in an airstrike!
Posted by Bill Dunn at 6:32 AM