A few weeks ago, something happened to me that was so shocking I’m still talking about it to everyone I meet. I mean, I haven’t had this “Can you believe that actually happened?!” feeling since the Red Sox won the World Series back in 2004.

What occurred, which still has me walking around in stunned disbelief, is this: I slept for eight hours. No, really. I’m not kidding. I haven’t slept for eight hours in one night since Bill Clinton was president, way back when I was a young pup, long before I became an official Medicare-enrolled senior citizen. 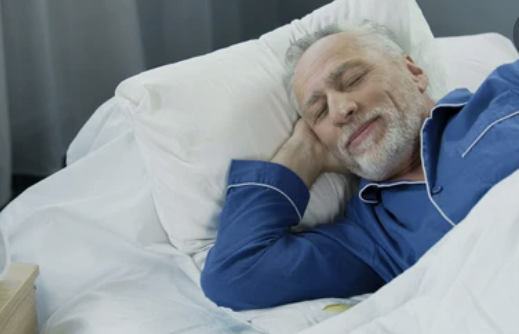 Now, of course, at my age I did not sleep for eight STRAIGHT hours. I still had the regular 3 a.m. bathroom break, which from what I gather, is a common occurrence for just about everyone over the age of 55.

However, on this one glorious night, when I got back into bed I did not lay there staring at the ceiling until sunrise, like usual. Nope, I fell right back to sleep! It was a Christmas miracle in the middle of the summer!

In the morning I woke up at 6:15. At first I was disoriented. I usually lay in bed from 3 a.m. until about 4:30 or 5, when I finally give up on the possibility of falling back to sleep and get up to start the day. I had never seen the green glowing digits of my alarm clock show “6:15”, so I wasn’t quite sure what was going on.

By the way, although it’s technically an alarm clock, I haven’t had to set the alarm in about 15 years. Even if an early meeting is scheduled that requires me to leave the house earlier than usual, I’m always awake in plenty of time. I’m not sure I know how to set the alarm anymore if I had to. 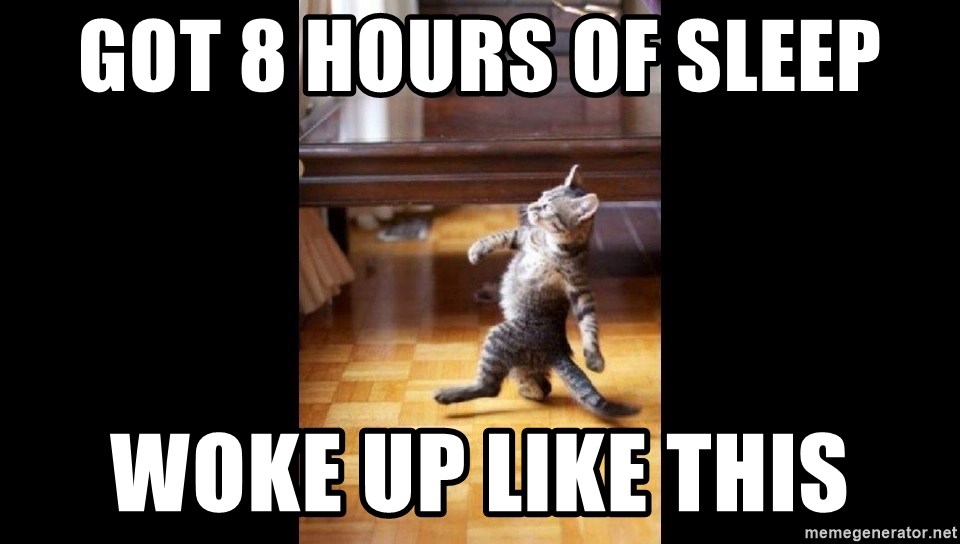 Because I was asleep until 6:15, I got to the office later than usual. As soon as I walked in, I announced loudly, “Yes, I’m late. But I’ve got a good reason: I slept eight full hours last night!”

All the employees in their 40s or younger shrugged their shoulders, as if to say, “Yeah, so?”

But the handful of guys in their late 50s or 60s stopped in their tracks, stared at me for a moment, then rushed over to congratulate me as if I had scored the winning touchdown in the Super Bowl. They were slapping me on the back and giving me high fives, and if they all didn’t have bad backs and if I weren’t 30 pounds above my college playing weight, they would’ve lifted me onto their shoulders in celebration.

The guys peppered me with questions. “How did you do it?” “Did you take any medication?” “Do you have the flu?” “Are you dying?”

I replied, “No, nothing like that. I just … I just SLEPT for eight hours!”

They cheered once again, then one of the guys said, “Let’s order a cake, and we’ll have a party in the conference room!” 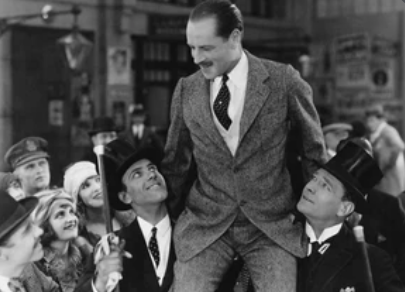 Well, it certainly was a wonderful experience. I fully understand it probably will never be repeated, but that’s all right. My eight hours of sleep in one night gives me hope that maybe, just maybe, later this fall when I’m driving home after dark, at least once I’ll be able to say, “Hey, tonight I’m not being blinded by headlight glare!”