Last week I made this comment: “Keep in mind that our entire life on earth is just a pre-season scrimmage, as we get ready for the real game: eternal life in Heaven.”

That reminds me of a common argument against religious faith and the belief in life after death. People claim that religion, especially Christianity, was invented to give poor and sick people false hope for a better life someday. It’s just a big scam to keep people from despairing about how bad they have it.

Additionally, Christians are accused of being so “heaven-minded” they are “no earthly good.” In other words, Christians are so focused on the “kingdom come,” they don’t really care too much about earthly troubles, like poverty, war, disease, injustice, etc.

But that’s just not true. What organization does more to serve the needs of the poor in this country, except for the Federal Government? It’s the Catholic Church. And the Church does it with freely-given donations and thousands of hours of volunteer time, rather than mandatory taxes and highly paid bureaucrats.

Why do you think so many hospitals are called St. Francis, Holy Cross, Presbyterian, and Mt. Sinai? It’s because people of faith are compelled to serve the needs of the poor and sick, regardless of their strong belief in life after death.

To paraphrase C.S. Lewis (because I can’t find the original quote), a road that leads nowhere is neglected and eventually falls into ruin. But a road that leads to somewhere special is maintained and kept in good working order.

Our life here on earth is the road that leads to somewhere special: eternal life in Heaven. That’s why people of faith are so concerned about human dignity and charity, education and morality. Those things make our lives better here and now, and they make it more likely that we’ll end up in Heaven later.

On the other hand, if a person is convinced this world is all we have, and no matter what we do here, death and non-existence will be our final destination, then there isn’t much motivation to maintain the road and keep it in good working order. Why? Because it’s a road that leads nowhere. 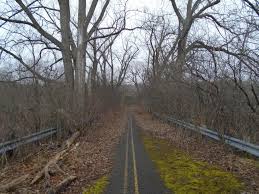 OK, before someone freaks out, let me be clear: there are plenty of atheists who are moral and altruistic and charitable. I know that’s true because I know many atheists who are way more kind and caring than I’ll ever be. But here’s the thing: when atheists live moral and charitable lives, they are following an ethical code much higher than what their metaphysical worldview requires.

I know firsthand, because I was an atheist for many years. Back then, I truly believed my life was a random accident with no ultimate meaning. There was no transcendent moral code that I, or anyone else, needed to follow. I was convinced we all were free to do whatever we felt like doing. However, I must say, it was a pretty hollow existence. So, to assuage my sense of despair and meaninglessness, I did not turn to religion (at least at first); I instead turned to vodka. It was not a pretty sight.

What exactly am I trying to say? Well, I’m trying to say that even if religious faith and a hope for Heaven is a completely fabricated story, it’s still a much better way to go through life than either despair or vodka. Now, here’s the really good news: religious faith is NOT a fabricated story! God is real. Our souls are real. Heaven is real. And we can spend a joyful eternity in Heaven if we just put our faith in the Almighty Being who created us. 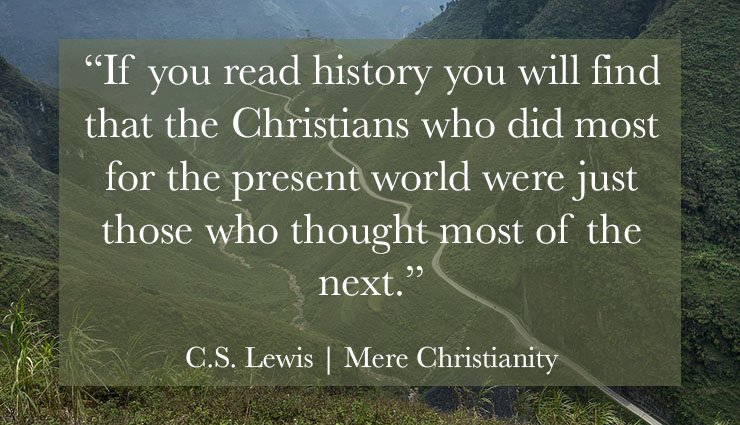 Our life on earth is a pre-season scrimmage. The real game, eternal life in Heaven, is yet to come. But this scrimmage is important. We have to try our best to reach our full potential. (After all, the “head coach” is watching and evaluating us.) So, let’s be the kind of Christians that are so “heaven-minded,” that we do a LOT of earthly good.