A Simple Explanation for the Drop in Mass Attendance

Many people nowadays wonder why attendance at Sunday Mass has dropped so drastically. For example, here in the Hartford Archdiocese on any given weekend, the number of people at Mass is a full 65% less than during the 1960s.

If you want a simple explanation, I’ve got one. (You see, I’ve got a gift for simplicity. Or at least that’s what I think people mean when they complement me with the title “Professor Simpleton.”)

Back in the 1960s, the Second Vatican Council offered a new and fresh perspective on faith and the Church. If you take the time to read the Vatican II documents, they’re very profound and insightful.

Unfortunately, a lot of people didn’t bother to read the documents, because they were too busy declaring that “the spirit of Vatican II” now lets us practice Catholicism any which way we feel like it. (Emphasis on “feelings.”) 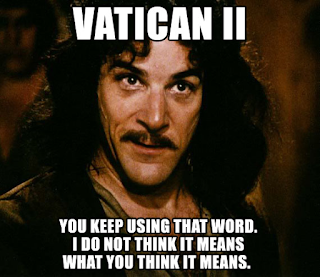 For example, for many centuries the Catholic Church was viewed as a stern organization that demanded people do certain things: go to Mass, say the Rosary, no meat on Fridays, go to Confession, etc. These were obligations that Catholics had to do. And a lot of Catholics truly thought if they forced themselves to do these things, it would put them in God’s good graces, regardless of whether they themselves had cold and bitter hearts completely devoid of love. This was an attitude, regrettably, straight out of the Pharisees’ playbook.

In an attempt to shift the focus away from the strict practice of religious rituals, the Church tried to emphasize God’s love and mercy and our need to be in a relationship with Him. Catholics shouldn’t go to Mass because we HAVE to, instead we should go because we WANT to, out of sheer gratitude toward the God who created us and loves us.

Well, somewhere along the line, this idea got muddled. It was interpreted to mean: “Yippee! I don’t HAVE to do religious stuff anymore unless I WANT to. And guess what? I don’t want to. But God still loves me and I’m still going to Heaven! Yippee!” 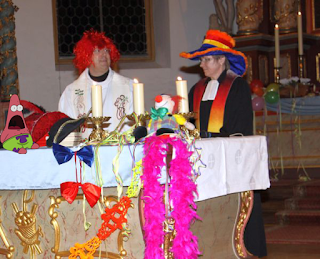 Despite this widespread way of thinking, the Church clearly teaches that we are obligated to attend Mass each weekend. Vatican II never changed that. If you truly believe that Vatican II said that we only have to go to Mass whenever we feel like it, and God really won’t care either way, you really need to look up those documents online and read them. 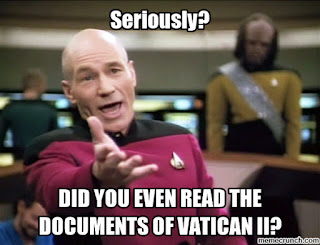 It’s sad that so many people view Mass as an unpleasant chore. If folks only understood what happens at every Mass, our current problem would not be the fact Mass attendance has dropped 65%, it would be concern over how to build enough new churches to hold all the people clamoring to go to Mass.

The fact is, at every single Mass, an astounding, supernatural miracle occurs: bread and wine are transformed into the body and blood of Jesus Christ. It’s not a mere ritual; it’s not a symbol; it’s a breath-taking miracle, clearly taught and instituted by the Lord. And it happens at every Mass. In a way unlike any other, Jesus becomes truly present in the Eucharist. It is the most awesome and sublime gift God Almighty can offer to us: the gift of Himself. 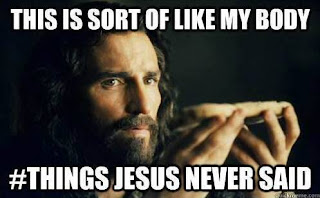 If Catholics really understood what the Eucharist is (though it’s not a “what,” it’s a “who”), Mass attendance would be on the rise, regardless of whether people thought they HAD to go or if they only WANTED to go.


So that’s my explanation, and I’m sticking to it. You may call me Professor Simpleton if you’d like. But oftentimes the Lord’s most profound truths are the simplest, such as this one: He loves us, and He wants us to love Him back. Mass is the perfect place to do this.
Posted by Bill Dunn at 8:43 AM