Besides discovering that I’m about as photogenic as a bulldog in a rain storm, making YouTube videos for work (see last week’s column) has taught me about a concept I’d never heard of before: the verbal tic. 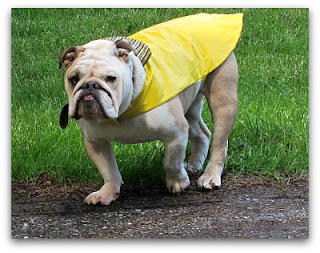 A verbal tic is a speech habit that people repeatedly employ without even realizing it. The most common tic is “you know,” often tacked on at the end of every phrase as a contracted, “y’know.” Former Red Sox outfielder Shane Victorino might have the all-time record. A few years ago, during an interview after a game, he managed to say “y’know” 72 times in three minutes. (Yes, someone actually counted.)

I met a guy through work who ends every statement with the one-word question, “right?” For example: “I woke up this morning, right? And then I drove to work, right? And then at noon I went to lunch, right?” If he hailed from Canada, he instead would say, “eh?” (That’s why we call our good neighbors to the north “The Eh Team.”) 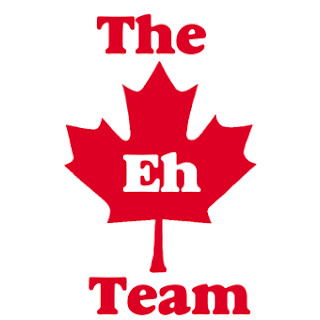 The YouTube videos for work were recordings of presentations I’ve done for clients over the years. So I did not work from a script. I simply stood in front of the camera and started talking. While editing the videos, I discovered that I routinely use a number of verbal tics. One tic is “I mean.” I’d say something like, “The performance of this product is impressive. I MEAN, it tops anything else on the market!” Saying “I mean” every once in a while is tolerable, but it’s kind of annoying when used in every other sentence.

Another tic is “literally.” Such as: “This product has LITERALLY revolutionized the HVAC industry.” Besides being annoying, most of the time I didn’t even use the word correctly. Which reminds me of a conversation I once overheard. A guy said, “Oh, that was so scary I literally had a heart attack.” Concerned, his friend asked, “You mean an ambulance came and took you to the hospital?!” And the first guy replied, “No, I didn’t actually have a heart attack. I LITERALLY had a heart attack.” (Literal, figurative, what’s the diff?) My most common verbal tic, by far, is, “and, umm.” I’m not sure if “and, umm” is technically a verbal tic, or if it’s merely a place holder while trying to think of what to say next. Instead of a couple of moments of silence as I formed the next sentence in my head, apparently I was compelled to fill that space with a drawn out, “annnd — ummmm —”

Having to snip out all those “and, umms” prolonged the video editing process immensely. I mean, it literally took forever. 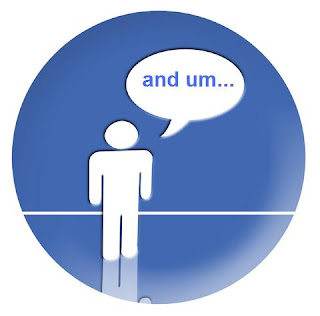 Now that I’m kind of tuned in to notice verbal oddities, there is one word usage that is spoken all the time. It’s the use of the word “like” instead of the word “said.” And I’ve become aware that I’m a prime offender. Here’s an example, something I could see myself saying while talking to a coworker: “So I drove up to the guard shack, and I’m like, ‘I’m here to meet the mechanical contractor.’ And he’s like, ‘There’s no contractors onsite today.’ And I’m like, ‘But I have a meeting at 10 o’clock.’ And he’s like, ‘There’s no meetings listed on my schedule.’ And I’m like, ‘But I just talked to Dave on his cell phone five minutes ago.’ And he’s like, ‘Oh, you mean Dave? He’s at the power plant. Go down and take your first left.’ And I’m like whispering under my breath, ‘Dude, are you drunk?’”


I think the best thing I can do at this point is never speak out loud again. I mean, literally, y’know?
Posted by Bill Dunn at 6:13 AM