In the first reading at Mass this weekend, from the Acts of the Apostles, we hear about Paul and Barnabas on a missionary journey. In the city of Antioch, they preached the Good News of Jesus Christ and were successful in converting many people to the Christian faith. But some of the local Jewish leaders became jealous and began talking abusively against Paul, Barnabas, and the message they preached.

Paul and Barnabas finally said to the local Jewish leaders, “It was necessary that the word of God be spoken to you first, but since you reject it…we now turn to the Gentiles.”

The Gentiles in the area were thrilled to hear this, and as the reading explains, “The word of the Lord continued to spread through the whole region.”

This episode raises the often-delicate issue of the relationship between Christians and Jews. Although Christians and Jews worship the same God, and although we both consider the Old Testament texts to be the divinely inspired communication of God to mankind, we differ sharply about the identity of Jesus. Christians believe that Jesus was, and is, one-in-being with Almighty God; that His death paid the price for all of mankind’s sins; that He rose from the grave three days later; and that He alone is the Way and the Truth and the Life—our only hope for eternal life in Heaven. 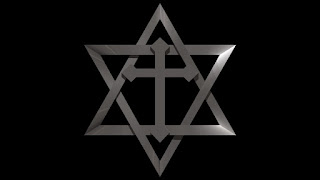 Jews, on the other hand, believe Jesus was just a man. They are still waiting for the promised Messiah to come. Obviously these two views of Jesus are mutually exclusive. They both cannot be correct simultaneously. It’s one thing to have differing religious views; it’s another thing to let those differing views turn into hatred and persecution. During St. Paul’s time, Jews often persecuted Christians. During the following 19 centuries, however, it was the Christians who often persecuted Jews.

Back when Mel Gibson was about to release his controversial movie, “The Passion of the Christ,” he was accused of being an anti-Semite who was making an anti-Semitic movie—even though his accusers had yet to see the film. When the movie finally was released, it became clear that despite the graphic blood and gore, Gibson stayed pretty faithful to the Gospel accounts (except for his fanciful and creative depiction of events not clearly described in the Gospels).

At that point, even though the movie was not anti-Semitic and even though no incidents of violence toward Jews occurred—as had been relentlessly predicted—some of Gibson’s critics were honest enough to admit they STILL considered the movie anti-Semitic. Why? Because they consider the Gospels in the Bible to be anti-Semitic.

Now, it didn’t help things a few years later, when Mel’s true feelings toward Jews spewed forth during his infamous D.U.I. arrest. Many of his critics felt vindicated, even though the movie was pretty clear that only a small group of Jewish religious leaders pressured the Romans to execute Jesus, rather than all Jews throughout all history. Unfortunately, many people over the centuries have taught that all Jews for all time are guilty of Jesus’ blood. What utter nonsense.

The Gospels in the Bible, far from being anti-Semitic, make it very clear that all of humanity killed Jesus. He died to pay the price for all of us, Jews and Gentiles, pagans and atheists. ALL have sinned and fall short of the glory of God. ALL are in need of a divine Savior.

But, to be fair, there are some verses in the New Testament, when read out of context, which seem to support a rather harsh view of the Jewish people. For example, in John’s gospel, whenever he referred to the religious leaders in Jerusalem during Jesus’ lifetime—a rather small group of men who felt threatened by Jesus—he simply called them “the Jews.” Some people down through the ages have mistakenly assumed that John’s “the Jews” means “all Jews.”

Another of these difficult verses is in this week’s first reading, where, as mentioned earlier, St. Paul declared to his Jewish opponents, “Since you reject [the word of God]…we now turn to the Gentiles.” A lot of people (who, I’m certain, are already predisposed to dislike Jews) use this verse, along with the verses in John’s gospel, to conclude that God must have rejected the Jewish people, and now His favorite chosen ones are the Christians.

This idea could not be further from the truth, and proof can be found in the words of the very man who made the statement in this week’s reading, St. Paul.

Paul wrote extensively about the Jewish people and their place in God’s overall plan for mankind. Beginning in chapter 11 of his letter to the Romans, Paul wrote, “I ask then, Did God reject his people? By no means! I am an Israelite myself, a descendent of Abraham, from the tribe of Benjamin. God did not reject his people, whom he foreknew” (Romans 11: 1-2).

A little later on, Paul explained that although the Jews rejected the Christian description of Jesus’ identity, it is all part of God’s plan to bring salvation to the whole world. He wrote, “Again I ask, Did they stumble so as to fall beyond recovery? Not at all! Rather, because of their transgression, salvation has come to the Gentiles to make Israel envious. But if their transgression means riches for the world, and their loss means riches for the Gentiles, how much greater riches will their fullness bring!” (Romans 11: 11-12).

Finally, Paul summarized this important message: “Israel has experienced a hardening in part until the full number of the Gentiles has come in. And so all Israel will be saved” (Romans 11:25-26).

I repeat, Paul clearly wrote, “And so all Israel will be saved.”

Now, it’s important to understand that Paul wrote his letter to the Romans long after the events described in this week’s first reading. Paul didn’t write nice things about the Jews and then later on suffer persecution at their hands, causing him possibly to change his mind. He first suffered the persecution and then, toward the end of his life, wrote his great summary of the Christian faith, the letter to the Romans.


So keep this in mind if you ever hear someone say God has rejected the Jews. It just ain’t so! The Lord loves the Jews as much as He loves anyone else. I mean, think about it: Jesus and His Mother Mary weren’t exactly Presbyterians, you know? Although most Jews don’t realize it just yet, Jesus died for them, too.
Posted by Bill Dunn at 12:59 PM