For a long time I’ve been searching the Bible trying to find exactly where it says members of the Catholic Church always behave perfectly. Unfortunately, I can’t seem to locate that verse, which probably explains a common situation I’ve observed over the years.

Here’s the situation: an elderly person in town passes away, and a family member contacts the local parish office and requests a funeral in the church. No, request is the wrong word. The family member DEMANDS a funeral in the church—at a particular time and on a particular day. However, neither the dearly departed nor any of the surviving relatives have ever set foot in that church, nor have they ever been registered in the parish or involved in a single parish activity.

It doesn’t matter. The family member indignantly says, “Grandma was raised Catholic, so you are REQUIRED to give her a full funeral.”

Frankly, I’m not sure what local parishes are required to do in this situation, but I know on the few occasions when I’ve observed this scenario, the parish priest did not do what I would’ve done if I had been the priest. If I were in charge, I’m pretty sure the expression, “Don’t let the door hit you in the *bleep* on the way out!” would’ve been part of my concluding comments. 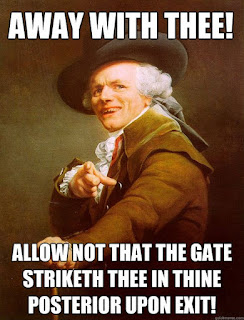 When I’ve observed this scenario in local parishes over the years, the priest has gone out of his way to provide the appropriate service or funeral for the deceased—even if, as I suspect, he had to work hard to suppress the urge to smack the family member upside his ungrateful head.

These are the moments when we get a good glimpse at why a man became a priest in the first place. He was called by God to minister to hurting souls here in our broken and fallen world. And even though it can be infuriating to have to deal with someone who is rude and demanding, that very behavior often indicates the person is hurting deep down inside.

Most priests understand this and are able to ignore boorish and offensive behavior, and are able to offer genuine spiritual help even under the most unpleasant circumstances. There is a very good reason why I am not a Catholic priest, even better than the fact I was married with a child before I stopped being an atheist. The even better reason is the fact I’m much more prone to blurt out, “Don’t let the door hit you in the *bleep*,” when someone makes a rude and demanding request of me. I’ve been searching the Bible trying to find out exactly where it says, “When someone strikes you on the cheek, turn the other fist and deck him,” but I can’t seem to locate that verse.

I am constantly amazed at how compassionate and forgiving our priests really are. They do an amazing job of ministering to hurting people. Despite this, there still are situations that make you shake your head in amazement.

Many years ago, here is the exact scenario that occurred: After an elderly person died, the family demanded a Catholic funeral, even though no one in the family had been active in the parish for decades. The pastor did the funeral Mass, and did the best job he could, considering he had never met the deceased. 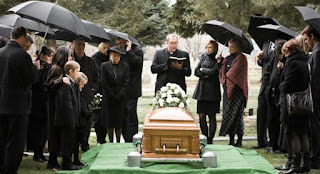 So, a few days later a scathing letter-to-the-editor appeared in the local newspaper, written by one of the family members. The letter ripped the priest to shreds—by name. Apparently, the family expected the priest to drop everything he was doing and focus his undivided attention on them for three straight days. When he didn’t, they decided to insult him publicly. Nice, huh?


I’ve been searching the Bible trying to find exactly where Jesus commands us to tell people, “Don’t let the door hit you in the *bleep*,” but I can’t seem to locate that verse. It’s a good thing our priests are a whole lot more understanding than I am. 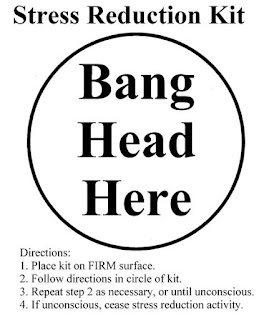