If God Is for Israel, Who Can Be Against Her?

There is no doubt about it, Christians and Jews have some major theological differences, centered primarily around the true identity of Jesus Christ. Christians believe that Jesus is the divine Son of God, the Messiah, while Jews believe the promised Messiah is still yet to come.

There is also no doubt about it, a lot of horrific anti-Semitism has occurred throughout the centuries, with much of the persecution of Jews being perpetrated by Christians.

In this week’s first reading at Mass, the prophet Isaiah wrote, “The Lord said to me: You are my servant, Israel, through whom I show my glory.”

The words of Scripture are clear: the Israelites are, were, and always will be God’s Chosen People.

In this week’s gospel reading, John the Baptist discussed his encounter with Jesus. John referred to Jesus as “the Lamb of God,” and added, “The reason why I came baptizing with water was that [Jesus] might be made known to Israel.” 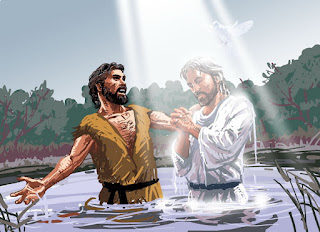 Christians believe at that particular moment in history, early in the 1st century in Palestine, God set in motion His wonderful plan to offer salvation to all of mankind. The long-awaited Messiah finally appeared. The savior of the world, the Incarnate Word of God, came as a Jew; and He came, not surprisingly, from the nation of Israel. He first made Himself known to Israel, as John explained, and then to the whole world.

This is why Christians should be strong supporters of modern Israel. We know that our Savior was, is, and always will be a Jew. We know that God made a special covenant with Israel, His beloved Chosen People, and God never breaks His promises. We know God still very much loves His Chosen People Israel. It doesn’t take a rocket scientist to conclude that if a person chooses to hate something that God loves, he is definitely making a big mistake. 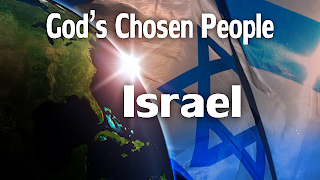 At this point, a natural and obvious question is: But wait a minute, Israel rejected Jesus as the Messiah, so doesn’t that change everything?

For a better understanding, we need to turn to St. Paul, whose preaching to the Jews was met with a great deal of resistance, primarily from the Jewish religious leaders. Paul was persecuted, beaten, and imprisoned. Some people plotted to assassinate Paul. If anyone had a good reason to conclude that the Jews were no longer God’s Chosen People because they had rejected Jesus as the Messiah, it was St. Paul.

But Paul never drew that conclusion. Toward the end of his life, after suffering much at the hands of the Jewish religious leaders, Paul discussed the Jewish people in his letter to the Romans. He wrote, “I ask then, Did God reject his people? By no means!....God did not reject his people, whom he foreknew” (Romans 11:1-2).

Paul summarized his message: “Israel has experienced a hardening in part until the full number of the Gentiles has come in. And so all Israel will be saved” (Romans 11:25-26). 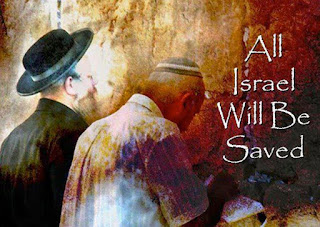 It is worth repeating: “And so ALL Israel will be saved.”

The divinely-inspired Bible clearly teaches that God did not reject Israel, which reminds me of a cute bumper stick I recently saw: “My boss is a Jewish Carpenter.” (I’m assuming the person who put that on his car is a Christian and not an employee of the Goldstein Brothers Construction Company in Jersey City.) 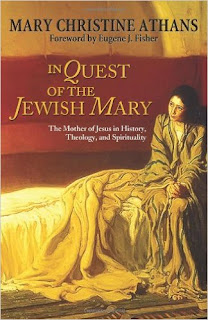 Yes, we have some major theological differences with our Jewish brothers and sisters. But if God loves His Chosen People, then we had better love them, too.
Posted by Bill Dunn at 6:20 AM