Profanity Is Everywhere These Days

This is a very delicate subject. Well, to be honest, it is a very coarse and crude subject. But there are a couple of delicate considerations here: first, how to address the subject of profanity in a family newspaper without actually using any profanity; and second, and more importantly, how to discuss this subject without revealing whether or not I personally use profanity in my everyday speech. 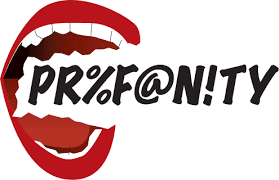 As a society, we’re kind of schizophrenic about profanity. On the one hand, profanity has become so commonplace, we barely flinch when we hear it. Vulgar language is now a staple of Hollywood movies and cable TV shows. It seems most script writers these days simply program their computers to print out the F-word about five-thousand times in a row; go back and fill in a few other words here and there in between (including, of course, the S-word, the A-H-word, and the M-F-word); and voilà! they’re done: a finished script ready for filming.

Even on over-the-air broadcast TV networks, profanity is rampant. As far as I can tell, there are only two words which remain off-limits: the F-word and the S-word. (I’m sick of typing “F-word” and “S-word,” so let’s just refer to them as Frank and Shirley.)

Since Frank and Shirley are the only words which cannot be uttered on broadcast TV, network executives apparently have decided to make those two words the main themes of every show. You don’t believe me? Try to find a single show which does not have sex and/or bathroom humor as the main plot line. Even “60 Minutes” is doing it. Most shows during this season discussed either the sex life of a politician, or Scott Pelley’s latest bout of constipation. 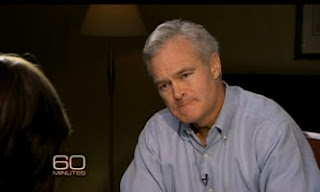 The most recent presidential election campaign was quite coarse and nasty, but do you remember George W. Bush on the campaign trail in 2000? Not realizing the microphone was on, the future president referred to a New York Times reporter as, “A major league A-H-word.” (OK, let’s call that word Aunt Harriet.) The Democrats tried to use Bush’s remark against him — as if Bill and Hillary never said anything stronger than “Gee whiz” in the White House — but Bush’s popularity actually INCREASED after the incident. To the folks in Middle America, the comment made Bush seem more like a “regular guy.” (Either that, or they agreed with Bush that certain New York Times reporters are major league Aunt Harriets.)

On the other hand, even though profanity has become very commonplace, there are still many situations where profane language is absolutely unacceptable. Some examples: in front of my mom (“I don’t care if you are 59 years old, young man, I’ll still wash your mouth out with soap!”); during a job interview (“Um, yes, I’m sure you want to be paid a Frankin’ Shirley-load of money. We’ll keep your resume on file and, uh, we’ll call you if there’s an opening”); and while teaching an 8th grade CCD class. 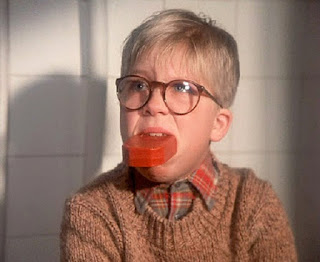 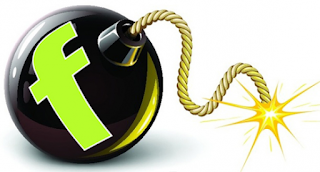 Overall, I think society would be much better off and a lot more civil if everyone tried to clean up his or her language. And I’ll be the first one to give it a try. How Frankin’ hard can it be?
Posted by Bill Dunn at 6:54 AM