In this week’s second reading at Mass, from the epistle to the Romans, St. Paul explained: “Through one man (Adam) sin entered the world, and through sin, death, and thus death came to all men, inasmuch as all sinned.” 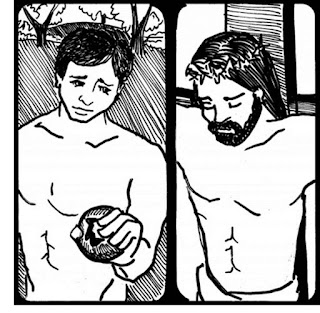 Many Christians today say that Paul was using symbolic language. Either that, or he was speaking from ignorance if he literally believed what he wrote.

You see, the thinking nowadays is that modern science has proven beyond a doubt that there really was no actual Adam. It’s understood now that all the Book of Genesis stuff about Adam and Eve and original sin were simply traditional fables, curious folk legends, that someone finally wrote down. 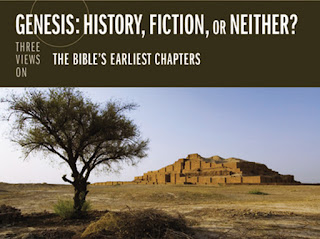 We now know, it is argued, that mankind emerged from a long and gradual evolutionary process, and the idea that God infused one particular monkey-man with an eternal soul and spirit at a specific point in history, is vehemently rejected.

Whether you label it “sinful” or not, the thinking goes that our human nature was not shaped by some specific act of disobedience. It was shaped instead by millions of years of environmental adaptation and natural selection. The “survival of the fittest” dynamic caused us to be the way we are.

Many people attempt to mix this modern view with traditional Christian theology. They think that faith in Jesus can be just as vital, just as meaningful, even though the Genesis stories are nothing more than folk legends devoid of fact.

However, those who actively oppose Christianity are not so foggy in their thinking. They clearly understand the enormous stakes here. For example, science writer and self-proclaimed “joyous atheist,” G. Richard Bozarth, wrote: “Evolution destroys utterly and finally the very reason Jesus’ earthly life was supposedly made necessary. Destroy Adam and Eve and the original sin, and in the rubble you will find the sorry remains of the son of god….If Jesus was not the redeemer who died for our sins, and this is what evolution means, then Christianity is nothing!”

Subtle, ain’t he? If he was any more “joyful” in his hatred toward Christians, there’d be flames shooting out of his eyeballs. 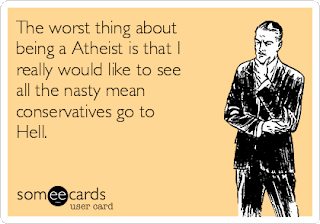 The secular humanists and “joyful atheists,” such as Bozarth, realize that there can be no compromise. They understand that this is a clash between two diametrically opposed world views. The one view holds that a supernatural Being called God designed and created mankind—regardless of the particular details of how and when it happened—while the other view holds, as the late Francis Shaeffer explained, that the entire universe is nothing more than “impersonal matter and energy shaped into its present form by impersonal chance.”

These two opposing views of ultimate reality are at the heart of the cultural war raging in our society today. The atheists and humanists know this is a fierce battle, which is why they have worked so hard to capture strategic targets, such as the entertainment industry, the news media, and public education, to name a few.

On the other hand, far too many Christians don’t even know there’s a battle going on. They think it’s possible to accept every faith-destroying atheistic principle, but as long as we all hold hands and sing “Kumbaya,” then everything will be fine. 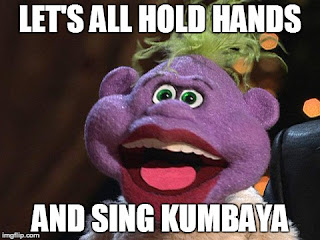 St. Paul wrote in his first letter to the Corinthians: “If Christ has not been raised, our preaching is useless and so is your faith.” He knew that if you strip Christianity of its supernatural components, it’s all meaningless. Church becomes nothing more than an ACLU meeting with stained glass windows. It’s time for Christians to wake up and understand this important situation.
Posted by Bill Dunn at 7:37 AM