This upcoming weekend at Mass is one of those rare occasions when the scripture readings have nothing to do with our lives. Every once in a while, the selected biblical texts, written thousands of years ago, simply do not apply to us here in the modern world.

The readings this week focus on the following unfamiliar topics: greed, wealth accumulation, being obsessed with possessions, and thinking that people’s lives are measured exclusively by how much stuff they own. These issues, of course, are completely foreign to us, since we live in a society where people own only what they need to get by, and donate the rest to charity. So, this week’s Bible readings at Mass have nothing useful to tell us here on the planet Skripnak. 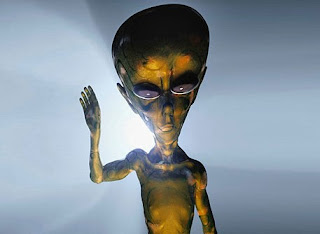 Oh wait, my mistake. We actually live on the planet Earth, so maybe these topics are relevant after all.

In the gospel reading, Jesus said, “Take care to guard against all greed, for though one may be rich, one’s life does not consist of possessions.”

Wow, if Jesus ever made that statement in the players’ lounge at the local Snobsville Country Club, Judge Smails would call the cops to come and drag Him away.

This week’s first reading is even more blunt in discussing the topics of work and possessions. The book of Ecclesiastes describes a man “who has labored with wisdom and knowledge and skill, and yet to another who has not labored…he must leave [his] property.”

The book of Ecclesiastes calls this situation “vanity.” Other Bible translations use different words, such as: meaningless, futile, useless, or emptiness. Whichever word the translators choose, however, the meaning is the same: spending so much time and effort just to build up a pile of possessions that you rarely have time to enjoy is the height of foolishness.

The second reading this week, from St. Paul’s letter to the Colossians, makes it clear that this kind of behavior is not only foolish, it is a sin.

Paul warns against the many aspects of our sinful nature: immorality, impurity, passion, and evil desires. But he emphasizes one aspect above the others: “the greed that is idolatry.” He didn’t just list the word greed among the many other sins; he made a special point of describing greed as being idolatry.

And “the greed that is idolatry” has become, at least in this nation, practically a way of life. (I’m not sure if it’s a problem on the planet Skripnak.) There are countless people in the U.S., including many professing Christians, who are obsessed with their possessions and the status those possessions bring. 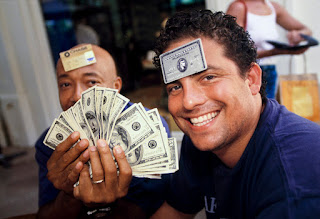 Idolatry is the worst of all sins, because it puts something which in not God in the place of God. Worshipping anyone or anything besides our true Creator and Lord is by far the most offensive of all transgressions.

In ancient times people committed idolatry in blatant, obvious ways. They worshipped a golden calf. They bowed down before stone carvings and other sculpted images. It was clear they had abandoned the true God and put their faith in man-made things.

Here in the modern world, the idolatry is more subtle. People don’t bow down and offer prayers in front of their homes, cars, wardrobes, stock portfolios, country club memberships, or electronic devices. But oftentimes these man-made things have replaced God as the object of devotion. 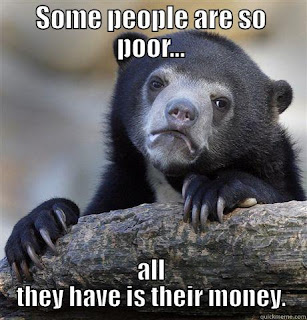 So, please don’t get caught up in the materialistic rat race that is so widespread these days. Take Jesus’ words to heart, and guard against greed. And if you find it’s very difficult to do this in our culture, then maybe you need to sell your house and move to the planet Skripnak.